Home » Spotlight On Medical….Hair Of The Dog? Perhaps Not 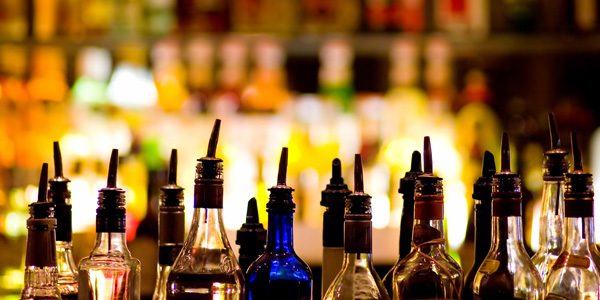 The definition of a hangover is “the experience of various unpleasant physiological and psychological effects following consumption of alcoholic beverages that is generally characterized by a feeling of severe discomfort and may last more than 24 hours.” Or, to put it simply, waking up next to a half-eaten kebab and wondering why there’s a brass band dancing around in your head…while wearing stilettoes.
Hangovers are the unfortunate aftermath of an evening’s drinking. They’re our body’s way of saying “please stop I can’t take you poisoning me anymore!” Some people listen to this voice and become tee-total; however the majority of us choose to silence it by just about any means necessary. So if you’ve had a heavy night on the tiles and woken up with your head in the porcelain throne, fear not. Though there is no evidence to suggest that there are any effective treatments for a hangover, here are some tried and tested “cures” …
Cure 1 The Germans like to defeat what they call “the wailing of the cats” with a hangover breakfast of rollmops. For those that don’t know, rollmops are raw, pickled herring wrapped around pieces of gherkin and onion. Yum! This is definitely one for those with strong stomachs.
Cure 2 In Haiti, some voodoo practitioners like to get literal with their cure by sticking 13 black-headed pins into the cork of the offending bottle. Unless you’re a wine buff and into hocus pocus, this might not be the best plan.
Cure 3 In Vegas a bus named Hangover Heaven drives around every morning. You can climb aboard and be administered fluids and vitamins via an IV by helpful anti-hangover staff, all whilst cruising the Nevada strip.
Cure 4 In Victorian Britain, English chimney sweeps battled the booze by grinding up soot and eating it. This was supposedly meant to calm the stomach but more likely just caused some serious problems.
Cure 5 An old Irish legend says that the best way to fix yourself of a morning is to bury yourself neck high in wet river sand. Why? I have absolutely no idea. Sounds like the Irish idea of a craic (pronounced “crack”) which is slang for having a laugh.
All these cures have varying (no) effect at easing at easing a hangover. The only advice I can give before crawling into bed after a night of rum and cokes is…Drink plenty of water! The main reason we feel terrible the morning after is due to dehydration, by repairing before you fall asleep you can kick your hangover right in its beer belly!
By Rhi Quinn