You are here: Home / Sports / Other / Sport…Western Area Soccer Knockout 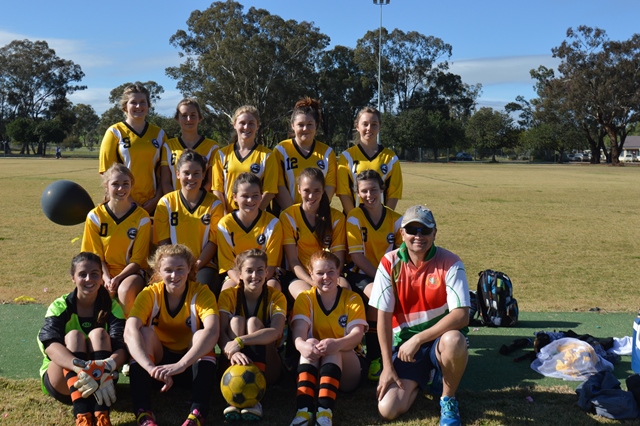 Canowindra High School played against Cowra High School in the grand final of the Western Area Soccer Knockout Competition on Tuesday. Within the first 15 minutes, Canowindra missed a penalty shot from in front of the goal box, but kicked a goal later in the game to win. The final score was 1-0.

Rod Jones, the team coach said “it could’ve gone either way and it was pretty close, but our team-work got us home.” Rod has been coaching the team for 6 years and says they have never been past round 3, but now the team improves with every training session, and gets better with every game. “It’s fair to say our backs were amazing and our goal keeper of course, but it was a great game by all girls.”