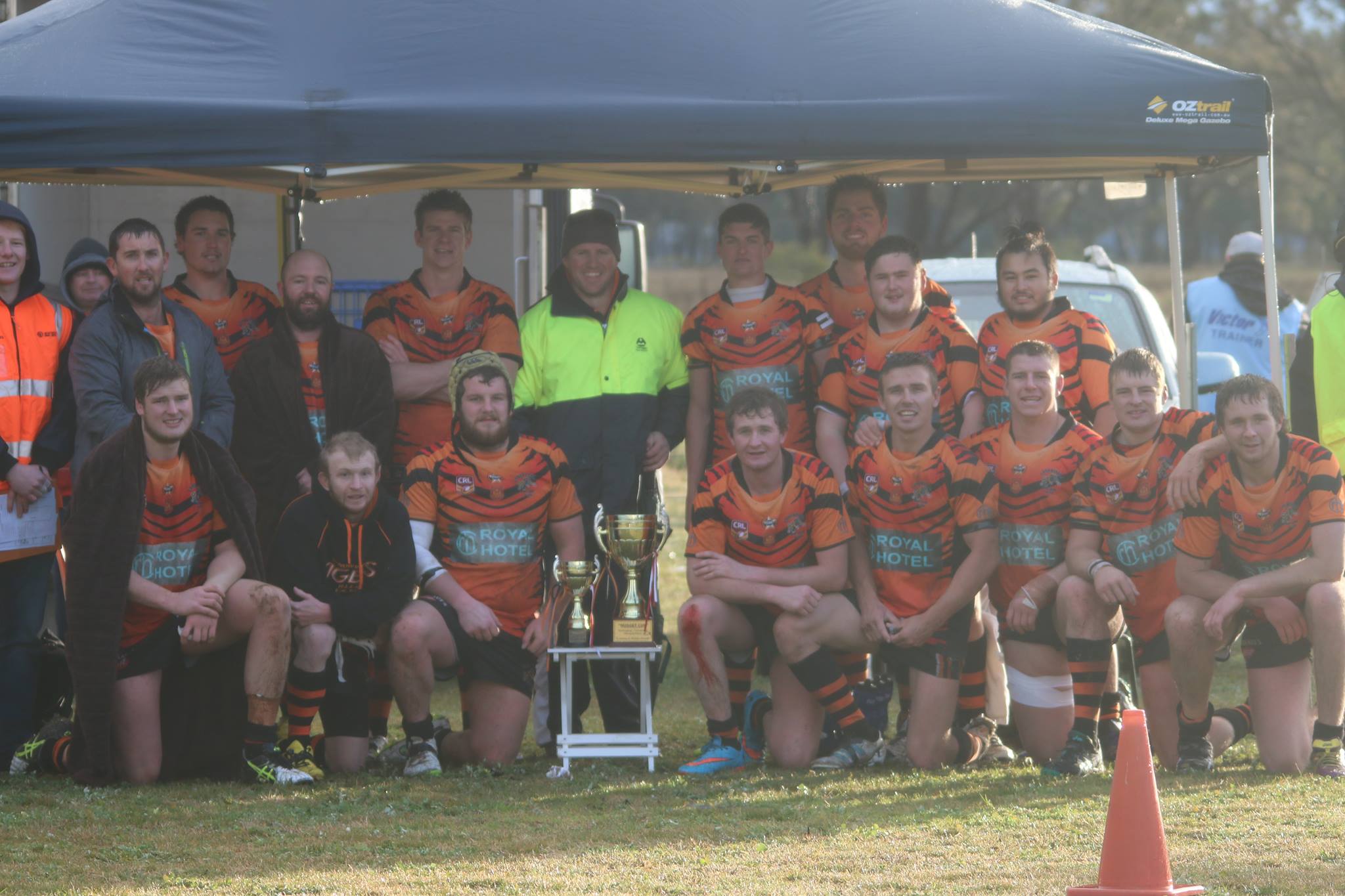 What a day at Gooloogong where only the brave will venture out on a very cold day. The Tigers were short a few players due to work and misadventure so the Tigers had to fight extra hard to overpower the Gooloogong Cowboys.

Unfortunately, Jayden Smith broke an ankle in the 23rd minute leading 6-0 from a converted try scored by Aaron Earsman.

After a drawn out 40 minute delay, the game picked up again underneath grey skies and nasty rain. The Tigers warmed up well and were putting a lot of pressure on the Gooloogong defence. The team ran in two more tries – one each to Anthony Redfern and Kain Earsman, both converted by Matt McLean. This put a stretch in the lead to 18-0.

This was the score at half-time. All the Tigers needed to do was continue playing this way in the second half to win the match. Gooloogong are always hard fighters and are one of the most physical teams in the whole competition, so it was a challenging and exciting contest in the final 40 minutes.

Some powerful runs from the Tigers’ front row made plenty of inroads in the Rams’ defence so the Tigers could capitalise on the space created. The Tigers were able to run in more tries, courtesy of Anthony Redfern, Matt McLean and Alex Willson, with only one converted.

Canowindra then let in two soft tries which was the only blemish on a strong and powerful performance. Canowindra won the game 32-8.

Player of the Match for the Nugget Cup was Anthony Redfern, who was also named player’s player for the round. 3 points went to Anthony Redfern, 2 points went to Kain Earsman and 1 point went to both Matt McLean and Brydon Hughes. Next the Tigers will host Condobolin with first grade and the Tigresses, while the Junior League team will travel to Grenfell.

The Canowindra Tigers Football Club wish to pass on their condolences to the Marsh family with the passing of Mrs Dot Marsh.