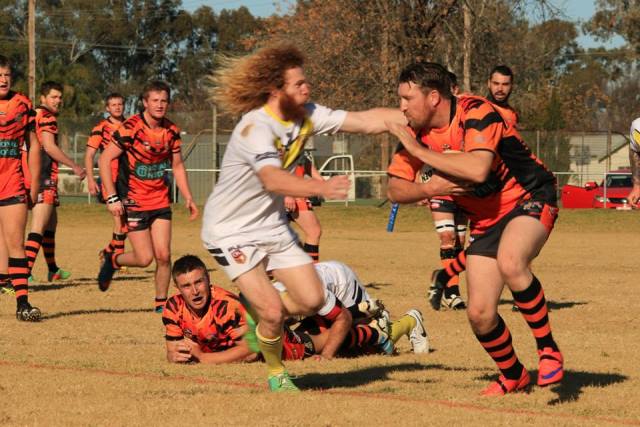 Canowindra Tigers lived up to all expectations in a clash against the Eugowra Eagles on Sunday.

The Eagles started out on fire and in no time had a 12-0 lead, but the Tigers held their game together and remained in the fight with heavy exchanges in defence.

Eugowra extended their lead to 18 points before the break, but in the second half it was all about the Tigers in one of the greatest comebacks in recent times.

The Tigers lifted their intensity in defence and started wearing the opposition down.

With the forward pack making their mark on the game, the Tigers took the lead 24-18 and looked in control with all players putting in 100%.

The Eagles began to close in on the Tigers but in the closing minutes of the game, the Tigers were awarded a penalty to extend the lead and take the win.