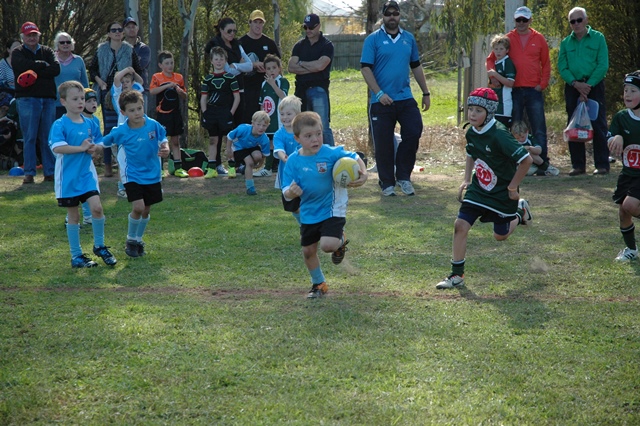 Canowindra Pythons are lucky to have three teams this year with the Under 7’s, Under 9’s and Under 11’s and all teams turned up ready to play their hearts out.

The Under 7’s had three games on the day and stand out players include Noah Hamer, Nate Stanbury and Cooper Breen.

Our Under 9 team showed that they are a force to be reckoned with in their first game and most of the new team members have taken to tackling and scrums like naturals. Outstanding players for the day include Jonty Thurgate, Harry Hazelton and Oscar Cleary.

In the Under 11’s team Hughie Breen, Tom Mitchell and Andy Townsend were all try scorers.