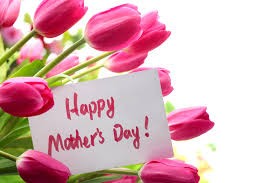 Mother’s Day is a celebration of motherhood, maternal bonds and the influence and contribution of mothers in society. The day was created to honour mothers everywhere. The official ‘Mother’s Day’ celebration began in the early 20th century in the United States of America. Anna Jarvis, a school teacher from West Virginia, campaigned for years to make the day a national holiday, after holding a memorial ceremony for her mother, and all the mothers of her church, on the second Sunday in May 1908.
The celebration of mothers is a custom that has also been adopted by many other countries and cultures, but the tradition of honouring women and mothers has been around for many hundreds of years. Ancient Greek and Egyptian cultures celebrated mythological female deities; Isis was said to have been the goddess of motherhood and fertility, and her worshippers would throw festivals in her honour.
Some countries align Mother’s Day with International Women’s Day in March, honouring their women as human beings and equal partners, and in other countries, the occasion is barely observed. In Australia, the tradition of giving presents on Mother’s Day was introduced by Sydney’s Janet Heyden in 1924 during visits to a women’s care home where she met many lonely mothers. With support from local school children, community groups and the local Mayor, Janet brought joy into the hearts of those forgotten women. Since then, Australians have supported Mother’s Day and support the holiday by honouring or paying tribute to their mums.
Every mum should be spoilt this Mother’s Day. Why? Because she deserves it of course! She gave you life, nurtured you and helped you grow into who you are today. Show your mum how much she means to you and let her know you appreciate the love she has given.
A pampering day of eco-friendly and organic spa treatments is a great way to treat your mum. What better gift could there be than a relaxing day of high-end treatments and body massage? A voucher to a day spa is the ultimate way to tell mum you appreciate all the hard work she does.
What about breakfast in bed? It might sound like a cliché, but with mums it really is the thought that counts. Whether it’s a gourmet omelette and fresh juice or a bowl of cornflakes and a cup of tea, your mum will love the food you made, because it will mean she doesn’t have to cook for herself!
Or you could take mum out for lunch or dinner and a show. There are a variety of events happening over the Mother’s Day weekend; head over to the Royal Hotel for a Mother’s Day High Tea, and to the Canowindra Bowling Club for a value meal and outrageous entertainment. You’re spoilt for choice this year!
Something as simple as a bouquet of beautiful smelling flowers will make mum smile on Mother’s Day. Whatever you do, remember to do something nice, and thank mum for everything she does.