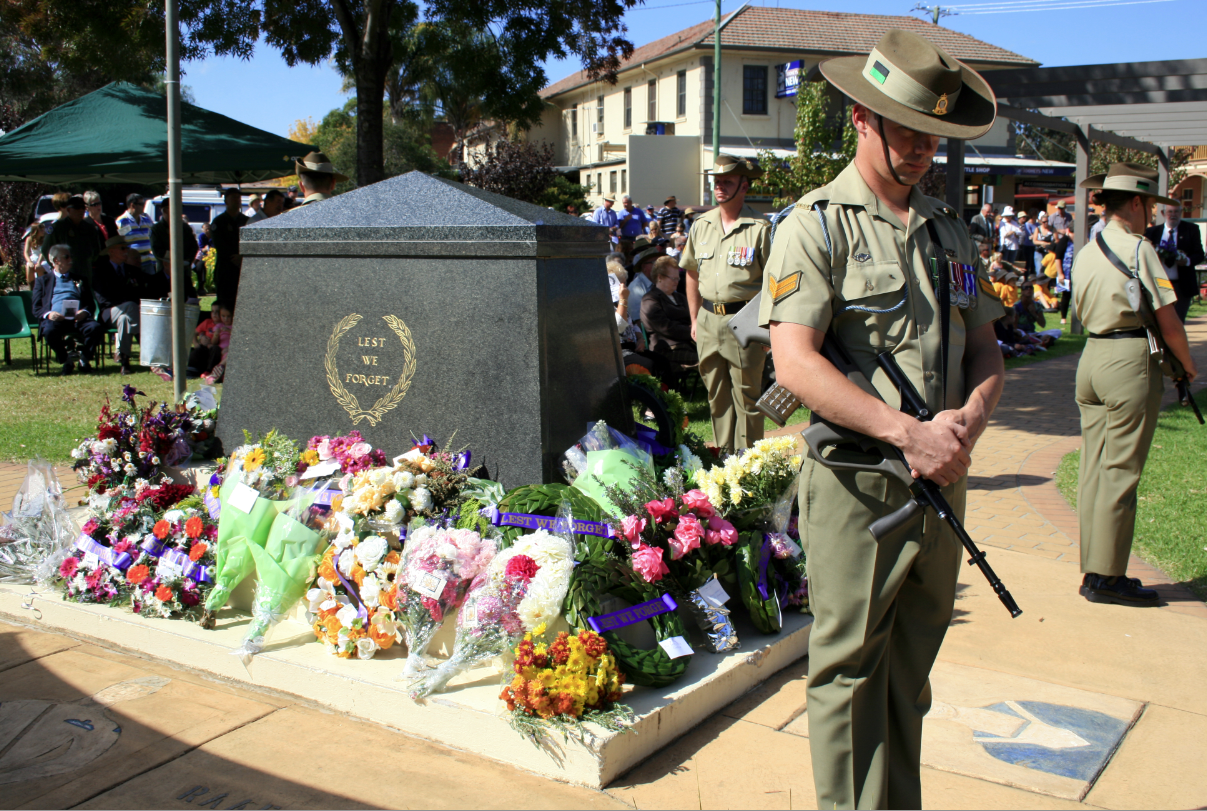 It’s held every year, and it’s been so for the past 99 years.

And even today, the Anzac Day commemoration arouses such emotion, such a mix of solemnity, ritual, colour and celebration that its little wonder that today’s younger generations are flocking in increasing numbers to share the observance.

So it was in Canowindra last Friday as pupils from the town’s major schools joined the ranks of be-medalled veterans and surviving family members, along with local organisations like the Canowindra Fire Brigade and SES, in the Anzac march down Gaskill Street to the cenotaph in Memorial Park. 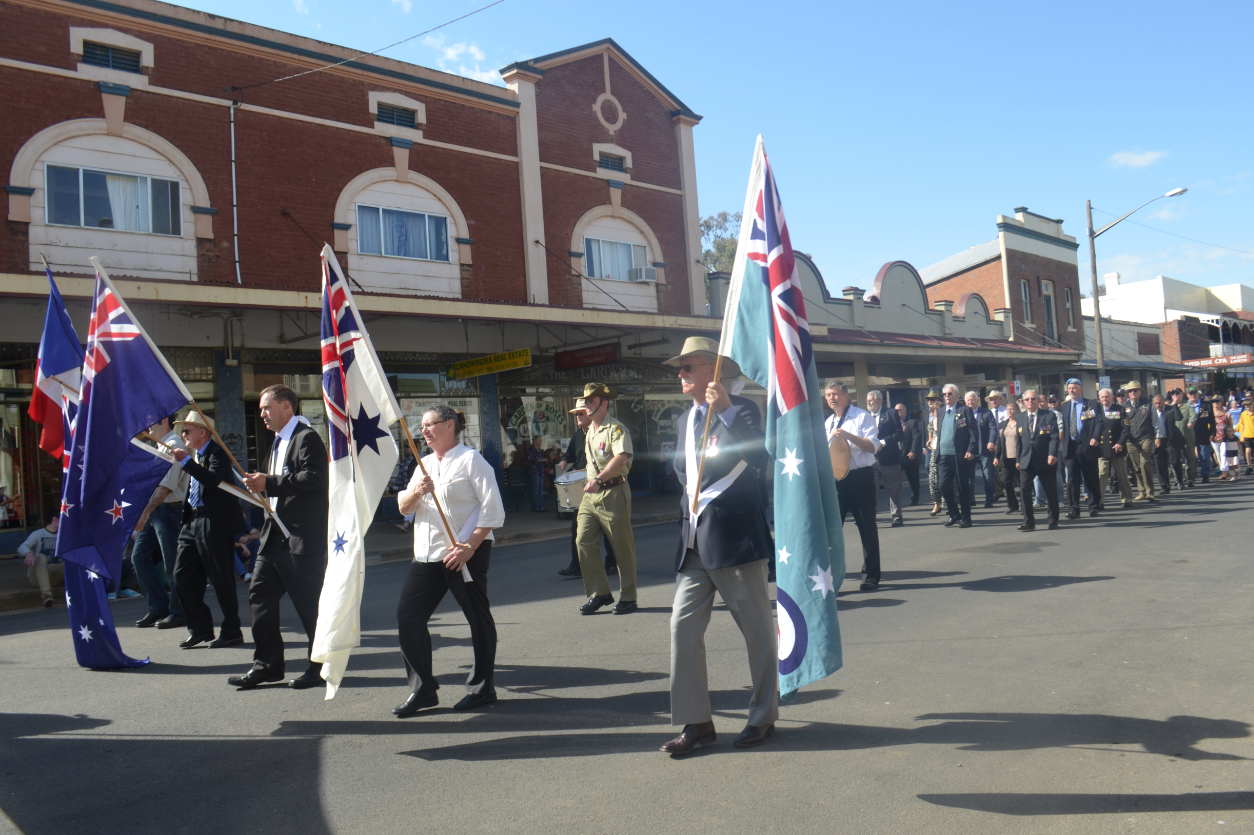 There, a crowd of well over 400 people packed the lawns in brilliant sunshine for the main Anzac service which was led by Mike Harrison, President of the RSL Sub. The service consisted of addresses and prayers while uniformed soldiers stood at drill attention, heads bowed, weapons pointed to the ground, at the four points of the shrine as local community groups, schoolchildren, businesses and families laid their wreaths in honour of the fallen. 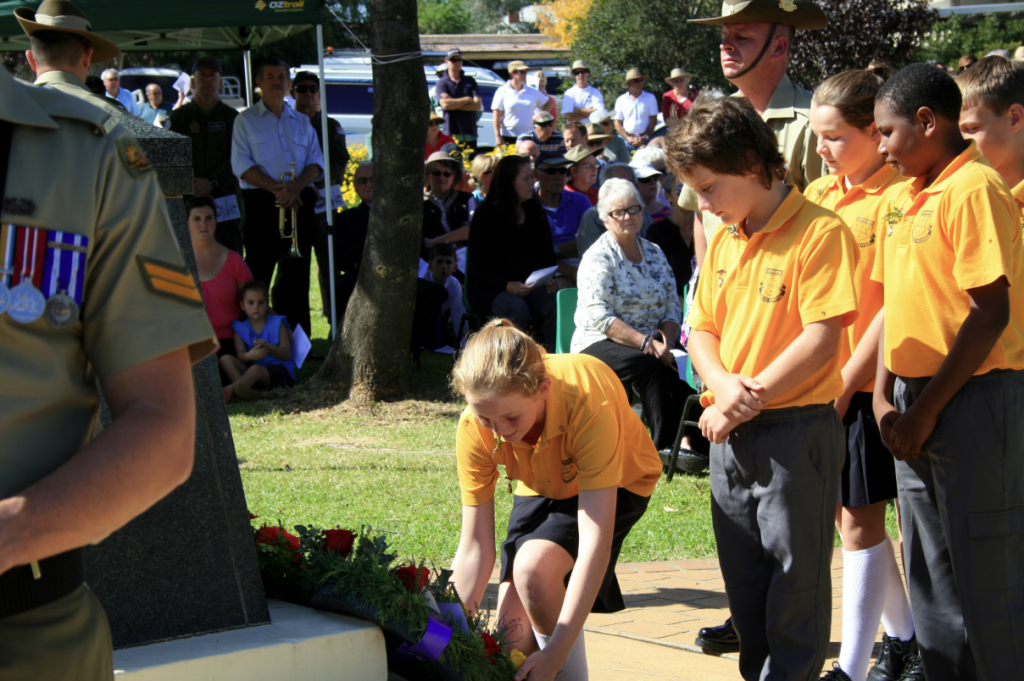