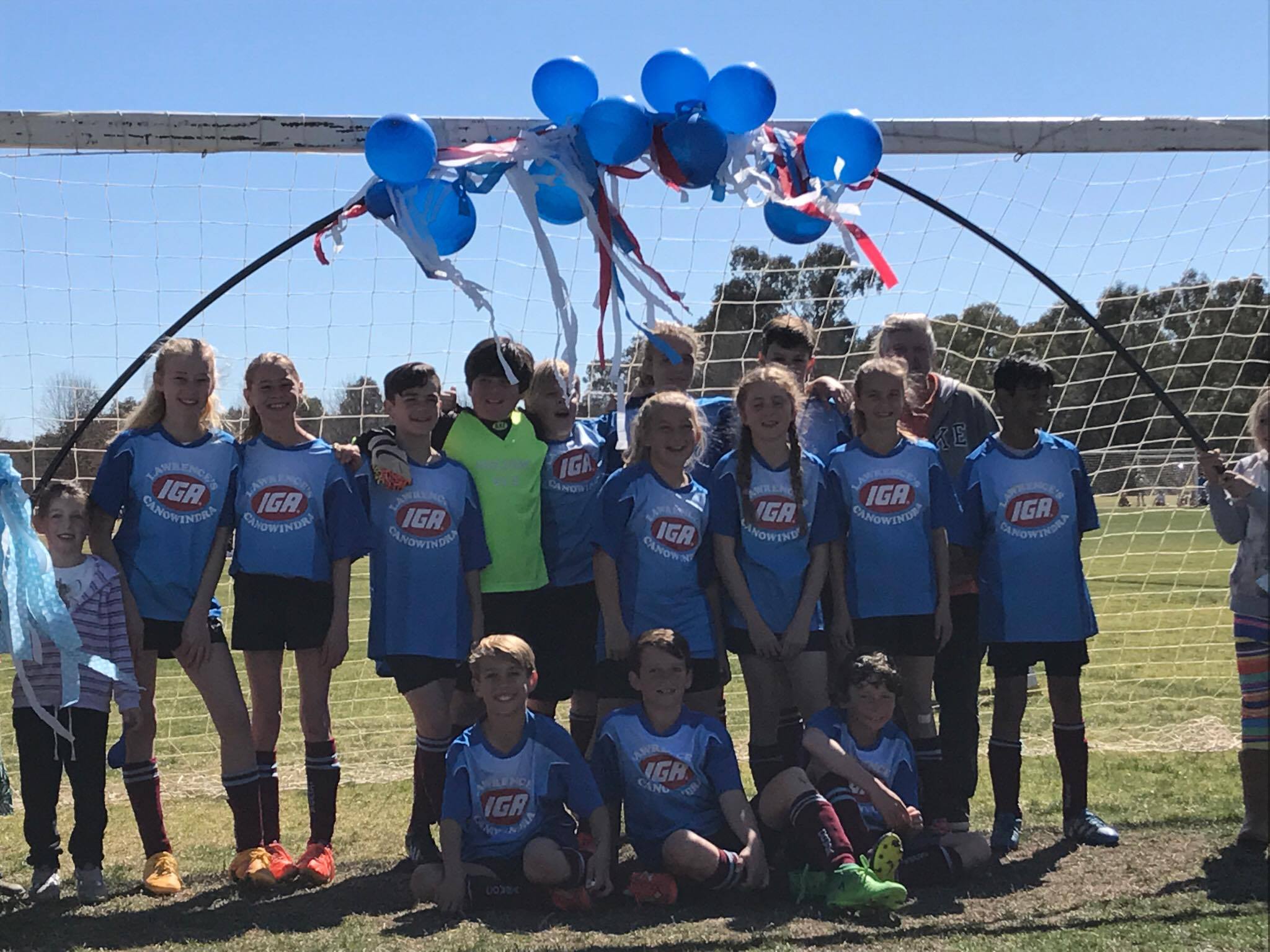 On Saturday 9 September, Canowindra IGA Under 12’s soccer team played in the Grand Final. After only being beaten once throughout the season, after winning the Semi Final against Jamieson 3-0 with goals scored by Pete, Jonty and Bennett the team moved straight into the Grand Final.

The Grand Final was against Taylormade Coffee at 9.50am. The whistle blew to start the game the first half was a tight tussle with IGA leading 1 – 0, the Taylormade goalie made it hard for Canowindra to score. The second half saw the Canowindra IGA team come away scoring four goals in the second half with a final score of 5 – 0 and a win to Canowindra IGA.

Goals were scored by Jonty -2, Luca -2 and Asher -1. Well done team so proud to be your coach this year. A big thankyou to Johnny Lawrence from Canowindra IGA for your sponsorship in 2017.