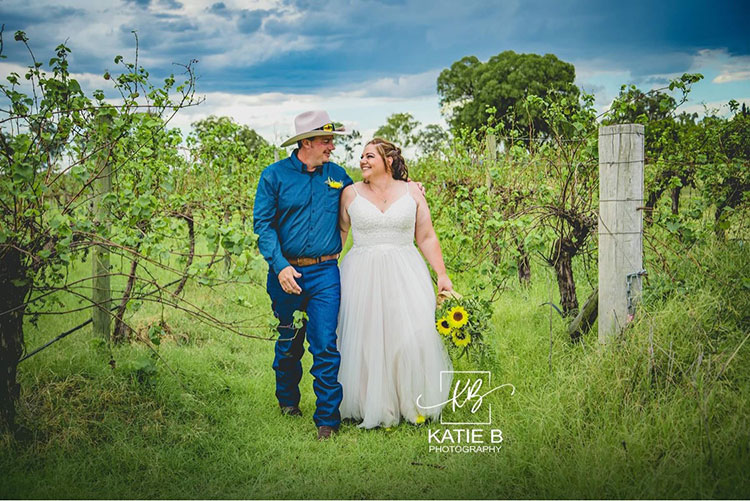 Congratulations to Kim Roberts and Cameron McKenzie who were married last weekend.

Wedding Bells: Last Saturday, 13 March, Kim Roberts married Cameron McKenzie at Tower Venue in Cowra. It was a small intimate wedding with family coming from as far as Western Australia and South Australia. Kim’s matron of honour was Candice Hogan and her bridesmaids were Melissa Beilby and Michaela Laneyrie. Her daughter, Felicity Roberts, served as flower girl. Cameron was supported by groomsmen Stephen Jones, Drew Hogan, Luke Farrell and Joel Dorries. The couple’s son Eli McKenzie was the pageboy, while Kim’s son James Roberts walked her down the aisle. The rain did not stop the festivities as guests enjoyed wood fired pizza from Paddock to Plate, followed by cheesecakes from Cheesecake Co., both from Molong. DJ Kevvy from Cowra entertained the crowd. Congratulations Kim and Cameron!

Eugowra Bushranger Artifacts on Display in Orange: Orange Regional gallery is currently exhibiting an antique item called an epergne from Goimbla Station near Eugowra. The item was purchased in 1864 by the community to honour Goimbla’s owners, Amelia and David Campbell’s, resistance against bushrangers Ben Hall, Johnny Gilbert and John O’Meally.

Blue Bowerbird: The Blue Bowerbird is beginning renovations on its existing shop, with plans to spruce up the space. The store has acquired the shop next door which it will open as a pop-up shop during the Balloon Challenge. Plans to combine the two shops are on hold, but Cass and Rose say the work will still go ahead. The pop-up will feature new stock, though exactly what it will have will be a surprise to shoppers, with Cass and Rose remaining tight lipped.

Canowindra Real Estate Welcomes New Staff Member: Alicia Smith has joined Canowindra Real Estate after 18 months of work in the field, specialising in property management. Since Chris Kinsela took over the family business from his parents Richard and Cheryl at the start of this year, he has focused on expanding and growing the business. “Alicia has already made a valued contribution to the business and is eager to grow Canowindra Real Estate in the district,” said Chris of the new recruit. Chris went on to say that their business remains the steady and friendly group Canowindra knows and loves: “We are focused on friendly professional service. For selling, buying or property management, we have it covered. We are the locals you know.” 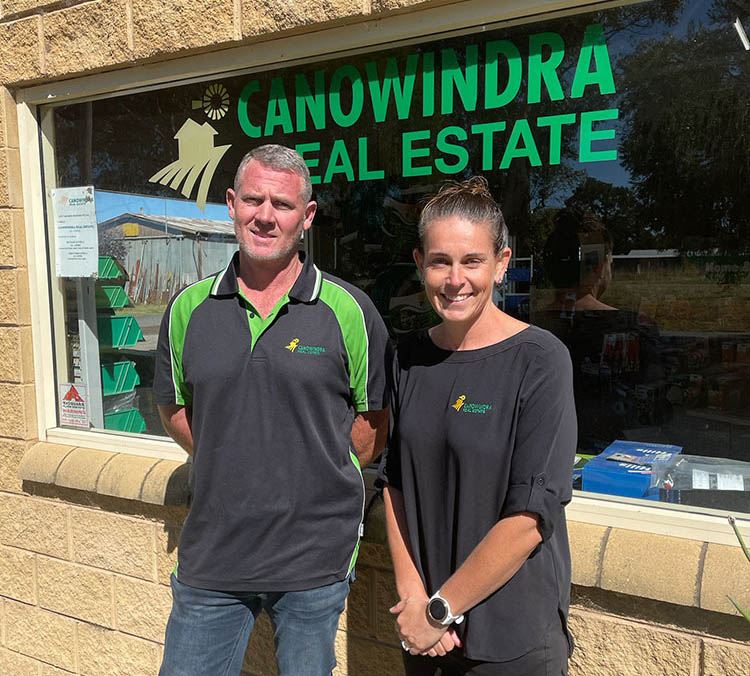