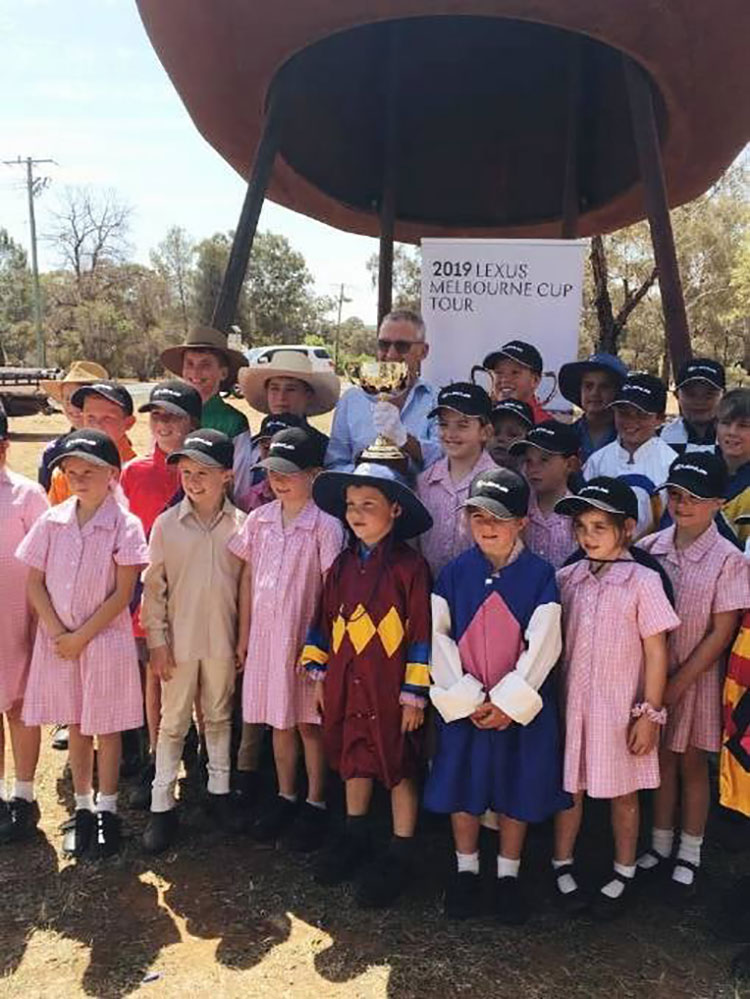 Yeoval collecting their trophy from the Lexus Melbourne Cup Tour National Sweep in 2019.

New transmitter for community radio: 107.5FM Orange’s Community Radio Station FM107.5 will soon sound better than ever following the installation of a brand-new modern transmitter on Mt Canobolas. The work is expected to be completed by late February.

Annie’s Walk for a Cure: Every second year in Autumn since 2016, Anne-Marie Randell of Eugowra, walks from Parkes to Canberra in support of brain cancer research and the work of the Cancer Council after losing her cousin, Annie Lymbery, to brain cancer in November 2015. Annie was only 62 years old when she passed away leaving behind her partner of 10 years, Stewart, and four beautiful children.

When Annie was diagnosed, she was only given a few weeks. With only her pure will and determination to live and beat the cancer, along with radiation treatment, she was able to spend some precious time with friends and family. Still, she was taken too soon.

Now Anne-Marie walks to raise money for the cause with a group of her closest family and friends including her cousin Annie’s daughter Caitlin and Annie’s partner Stewart joining her for the 300km journey through country NSW from Parkes to Canberra.

The vital funds raised from Anne-Marie’s Do It For Cancer initiative goes to the Cancer Council and directly supports brain cancer research. Anne-Marie has been impacted by cancer a lot over the years, but none as close as Annie. To support Annie’s Walk for Cure visit: rb.gy/vqbxz4. 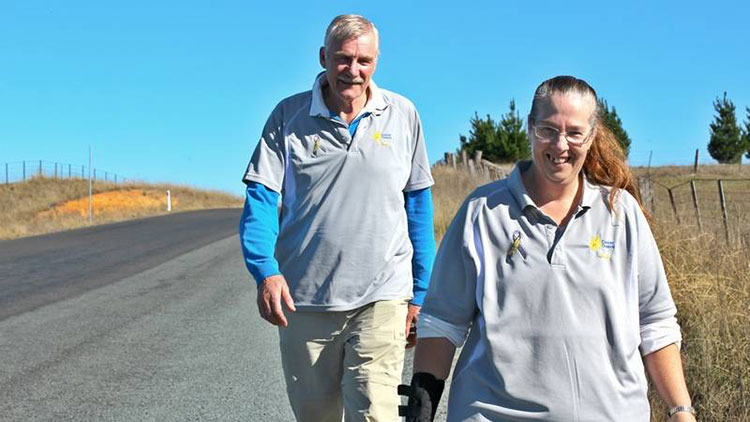 Anne-Marie Randall walks in memory of her beloved cousin Annie.