You are here: Home / Articles / Sky’s The Limit For Improved Balloon Challenge Board 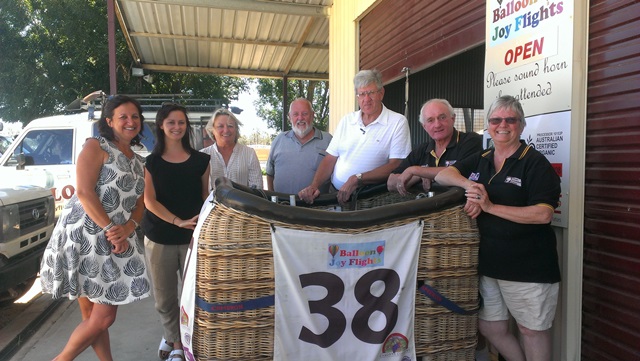 We caught up with Jan Kerr this week for an update on the upcoming Balloon Challenge and found there’s been a shake up on the board front. Graham Kerr takes the reins this year as board Chairman, with Kel Lewis as Vice Chairman. Kel has been a balloonist for 20 years and is NSW’s rep for the Australian Balloon Federation. Gary Lochyer will also be returning all the way from Canada to be the Director, “we’re thrilled to have him back!” says Jan.
“This year we’ve employed a part time Event Manager, Jacky Jansse” Jan said. Jacky has previous experience as an Event Manager in Canberra and brings a wealth of experience to the board. Also new to the team is Karla Tatterson, who runs Kurious Productions, an events management company based in Sydney. “We’ve got a really good team together this year and are focussing on expanding for the future’ says Jan Kerr. ‘We didn’t bid to host the 2015 Nationals as we wanted to give other States a chance, so we’re purely focussing on the International Balloon Challenge.”
For Jan and the team, the sky’s the limit when it comes to ballooning, “the vision is to grow into a fully-fledged international event” she says, “3 years down the track we’re looking at the Women’s World Championships. For now, we’re still looking for sponsors, particularly a major one. Cabonne has been instrumental in supporting the challenge for the last 3 years and continue to support us with their partnership in 2015.” Cabonne Council has increased it’s funding for the Challenge from $5000 to $20,000 this year. The festival attracted more than 15,000 people last year and injected 1.9 million into the economy. In 2014 more than 200 caravans, 120 motor homes and 80 campers stayed at Canowindra Showground. We hope that 2015 will attract even more balloon lovers.
By Rhi Quinn