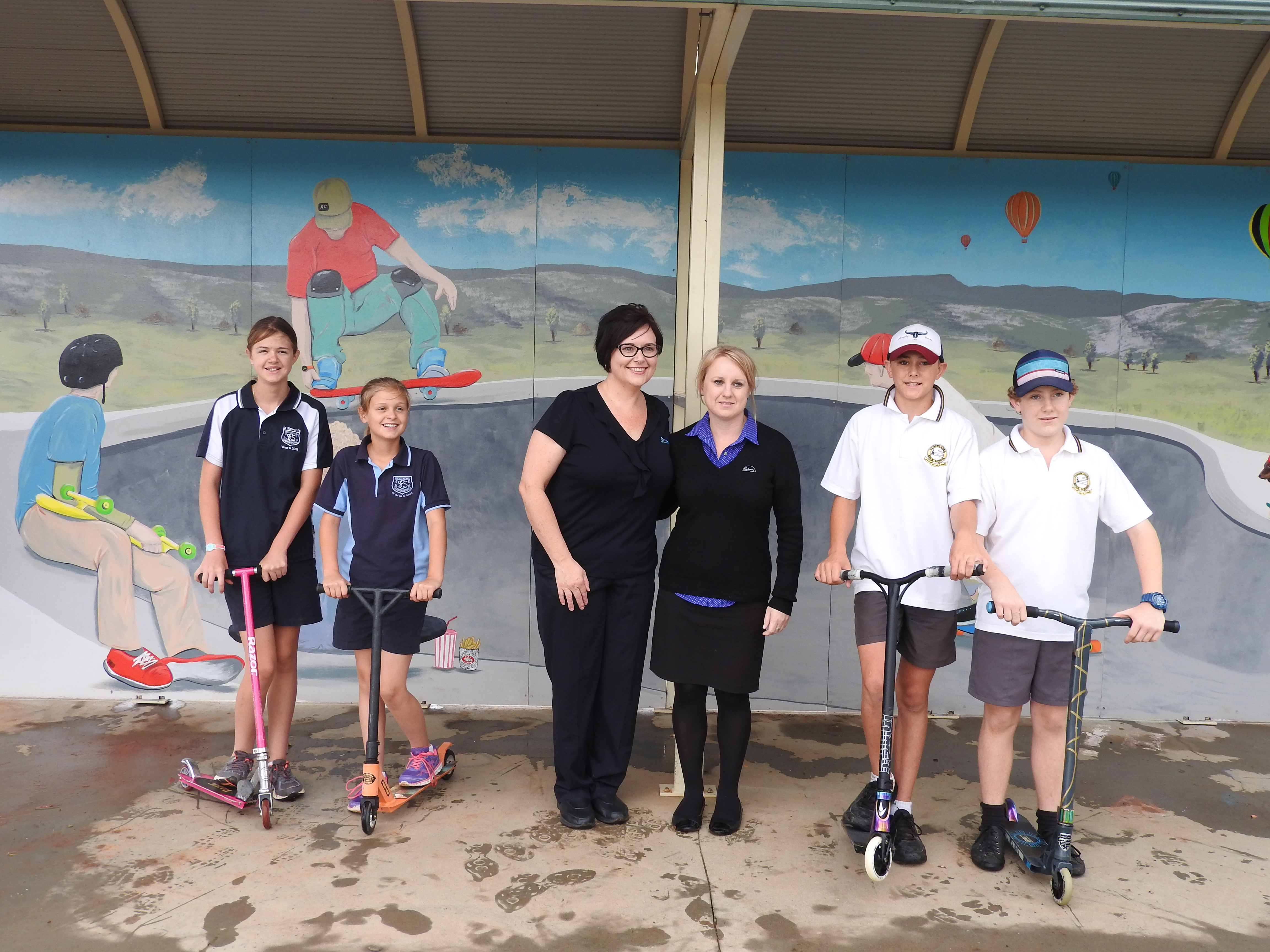 A new mural at the Canowindra skate park was officially unveiled last Thursday morning after being requested by local youth leaders. Canowindra High School’s captains asked for the mural when they met with Cabonne Council last year.

Canowindra artist Melissa Gersbach was asked to work with youth in the town to produce the mural, which was completed with the assistance of a grant from the NSW Government’s Country Arts Support Program via Regional Arts NSW and supported in the Central West by Arts OutWest.

Mayor Kevin Beatty said it was great to see the artwork commissioned, completed and now installed at the skate park. “Leaders from the Shire’s three high
schools address Council each year, and working with them to achieve projects is one of the most rewarding aspects of being on Council,” Cr Beatty said.

Melissa Gersbach has been working as an artist for about 25 years. She has completed her Diploma in Fine Arts and runs workshops for both children and adults, as well as being involved in exhibitions in the Central West and Sydney.

Melissa had three local ladies help with the mural including Karen Cummings, Wendy Cassidy and Mackenzie Lazarou who gave up their weekends to help put the mural together at Moorbel Hall.

Canowindra Councillor Jenny Weaver said it was very satisfying when outcomes like these are delivered. “I think everyone will agree Melissa and the people who assisted her have done an outstanding job,” Cr Weaver said.

“We look forward to working with our Shire’s youth leaders to collaborate on more projects.”