You are here: Home / Articles / Show of Support at Canowindra SES Open Day 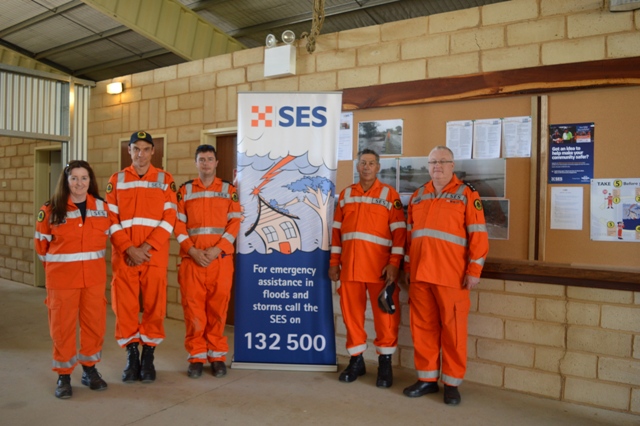 The Canowindra Unit of the NSW State Emergency Service (SES) held their Open Day on Sunday. Around 24 people attended the event to express their interest in joining up with the local branch after an urgent call-out for volunteers.

Unit Controller Cameron Mckenzie said the response was amazing and reflected the fact that the local community wants to ensure they have a timely response to flood, fire and storm events. “We are looking for people who are willing to learn and be part of a great team, with the SES taking on the role of training one and all on how they can be involved,” said Cameron.

During the recent storms in the area, the Canowindra SES Unit had to call in two teams from Orange, a team from Molong and a team from Eugowra. These teams can take between 30 to 90 minutes to arrive on the scene due to the distances they need to travel “If we can’t fill a team, people that need help
could be waiting more than an hour, which is probably too late when water is running through your house,” Cameron said.

The Canowindra Unit has a dwindling number of volunteers who are needed to function as the lifeblood of the operation. Cabonne Council backed up the call-out from the SES stating that the unit would be shut down unless new numbers could be found. The next step for those in the volunteer process will be an Information Night which will be held on Tuesday 22 September at the
SES Depot from 7pm. If you are interested in volunteering with the Canowindra SES Unit to help keep it alive, this is your opportunity to get more detailed information on how to apply.