Home » Should We Bring The Harness Back? 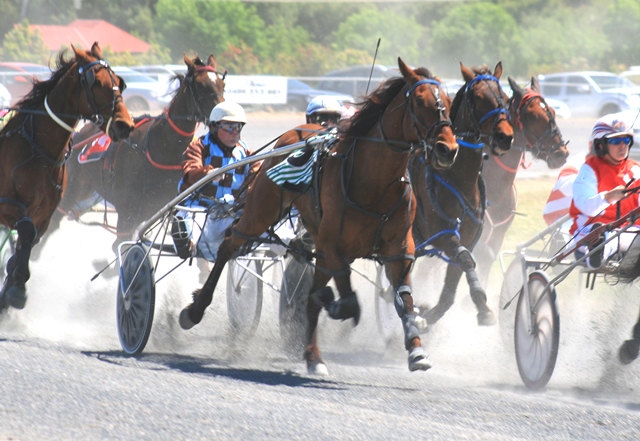 Anyone who enjoyed Eugowra’s Canola and Gold Cups harness racing weekend last month must have wondered at some point why we in Canowindra can’t match the spectacular crowd-pulling event. We have a track here at the Canowindra Showground. We still have at least three harness racing families, though competing elsewhere. We have a long history of trotting that includes being the “first club in the west to sponsor harness racing under lights.”
We also still have a Canowindra Harness Racing Club committee of five volunteers headed by Darryl Fliedner who must yearn for the days when the sport was a regular fixture here, attracting trainers, punters and families looking for an exciting day out, from all over the west.
Eugowra staged 20 races on the October 5 weekend, including the finals of the Canola Cup and $20,000 Gold Cup challenges – all a celebration of its 60th anniversary. The event was packed with visitors enjoying local food and wine and featured a fashion contest, live music and a bouncing castle for the kids.
And as one committee member pointed out: “We did it with an organising committee of four, with the help of 25 volunteers. We haven’t even got a grandstand – it’s fallen down.”
So if Eugowra can do it, why can’t Canowindra. According to locals, there just isn’t the same enthusiasm and drive here at this time to revive what was once a flourishing local attraction.
“Twenty years ago we could field a total 120 horses,” one former local harness racer has told the Phoenix. “But the equine flu outbreak badly hit us. Then local trainers began drifting away.” In these times when Canowindra is focusing on promotion and attracting more paying visitors to grow its economy, there’s hope that the harness racing potential and spirit can be revived.
The Phoenix says here’s hoping.
By Derek Maitland
IMAGE Racing at Eugowra – two-day event organised by four people