Home » Shine Bright and Light the Night for Cancer 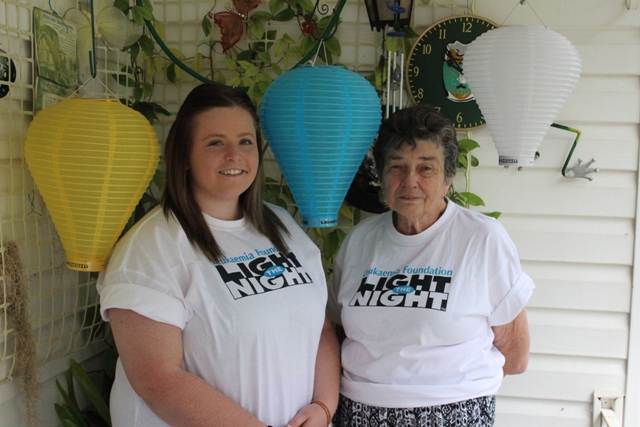 Canowindra’s Light the Night event is now in its second year and the organising committee, spearheaded by the formidable Collen Traves, are getting excited to see the outcome of a few months of hard work.

Colleen, who was diagnosed with lymphoma and wanted to take action, was inspired by the Light the Night happening in Orange and decided to bring the event to Canowindra. “I wanted to do something for cancer and so I asked to create a walk in Canowindra. I had the go-ahead as long as I didn’t over-do
it because I was quite sick at the time.”

While trying to stay optimistic, Colleen had no idea the event would turn out to be such a success or raise so much money for the Leukaemia Foundation.
“It was such a success last year so we’re continuing on. Last year I didn’t know what to expect and I didn’t expect it to be so big,” Colleen said.

“Last year we only had six weeks to do it and we raised $11,000. We only had three people on the committee then; now we have ten.” The 2015 Light the Night campaign started in early August with Colleen, Maddi and others
on the committee sitting outside IGA in Gaskill Street selling tickets to the 100 Club.

“We have received donations from local businesses too which are very much appreciated,” Colleen said. This year, Light the Night will be held on Saturday 7 November at Tom Clyburn Oval. The Lion’s Club will be putting on a barbeque and there will be heaps for the kids to do with a jumping castle, face-painting and a lolly guessing game. There will be 14 stalls at the Twilight Market with plenty of food, drinks, and garden and craft items on offer. The evening’s entertainment includes talented dancers from Alikinetic Dance and a line-up of local musicians as well as rumours of a balloon glow, weather permitting.

There are plenty of prizes to be won across three raffles and donation tins will be available on the day. This is a free event with all money going to the Leukaemia Foundation.