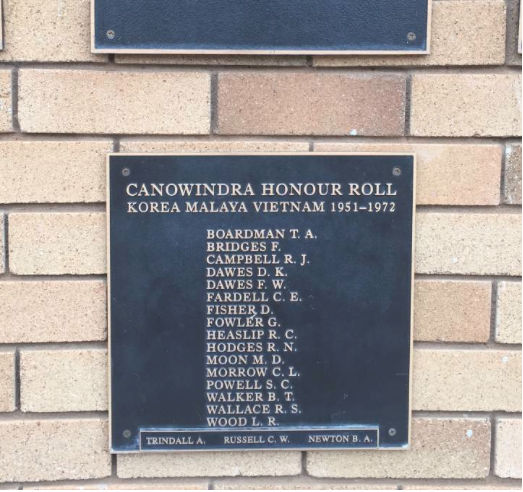 The Canowindra Returned and Service League Sub-Branch will commemorate the 50th anniversary of the Battle of Long Tan tonight at 6pm. Michael Harrison, President of the SubBranch, will lay a wreath at the cenotaph in commemoration of the Vietnam War, and to remember the soldiers’ who served their country and those that paid the ultimate sacrifice.

Following this service, the Sub Branch will also be hosting a free dinner, which will be open to all Vietnam Veterans, and their partners, as guests of the RSL Sub-Branch. The Battle of Long Tan took place on August 18 1966. It was the one of the fiercest battles fought by Australian soldiers in the Vietnam War, involving 105 Australians and 3 New Zealanders from D Company 6RAR. A total of 17 Australians were killed in action and 25 were wounded, one of whom later died of his wounds.

The 50th anniversary of Long Tan also shares the day with Vietnam Veterans Day, and this year many ceremonies will be held across Australia to commemorate the occasion. Almost 60,000 Australians served in Vietnam from 1962 until 1975. Some 521 soldiers lost their lives, and more than 3,000 were wounded. Many more veterans suffered, and continue to suffer, because of their service.

The Canowindra RSL Sub-Branch is also currently in the process of updating information on Vietnam War and Korean War veterans from our area. Being aware that the plaques at the Community Hall are not a precise representation of these veterans, the Sub-Branch would like to acknowledge the brave young men and women who served in these battles, inclusive of Malaya, or who served in the regular Army, Navy, Airforce or National Service in this time.

If you served, or if you have family from Canowindra and district who served, please contact Jenny Weaver on 6344 1335.