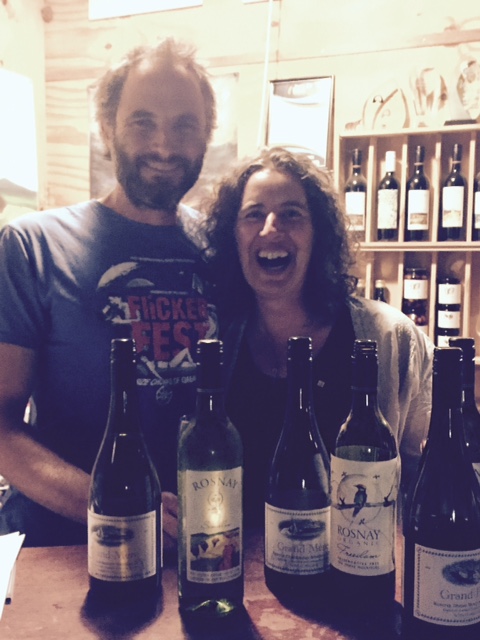 Around 40 people enjoyed the delights of Rosnay on Saturday night as well as a selection of short films to celebrate Flickerfest in the vineyards. This year, Sam Statham and his family decided to opt for a change from what they have done in the past and attendees were

treated to a selection of figs, olives, olive oil and local cheese and breads on arrival, matched with Rosnay Sparkling Rose. The
night was organised around three specially curated sets of the best comedy short films from Flickerfest 2016, and dinner courses
prepared by Andrew Wooldridge matched with Rosnay wines in between: Thai chicken curry featuring Rosnay chilli matched with
Rosnay Grand Mere Reserve Chardonnay- Semillon; slow cooked pulled lamb from the property with a local salad matched
with Sam’s 2013 Cabernet Garage Wine Number 1; lamb kofta balls with Rosnay olive paste sauce and matched with Rosnay Grand Pere Reserve Shiraz Mourvedre; and finishing the night with home cooked brownies and coffee, which was supplied and poured by Darren Gershbach, owner of The Little Coffee Company in Lawson.

The audience came from as far away as Boorowa, Mandurama, Orange and Cargo and all had a great night of food and laughter. Rosnay as the exclusive wine sponsor of Flickerfest since 2010 will screen films from the 2017 Festival in April and October next year.