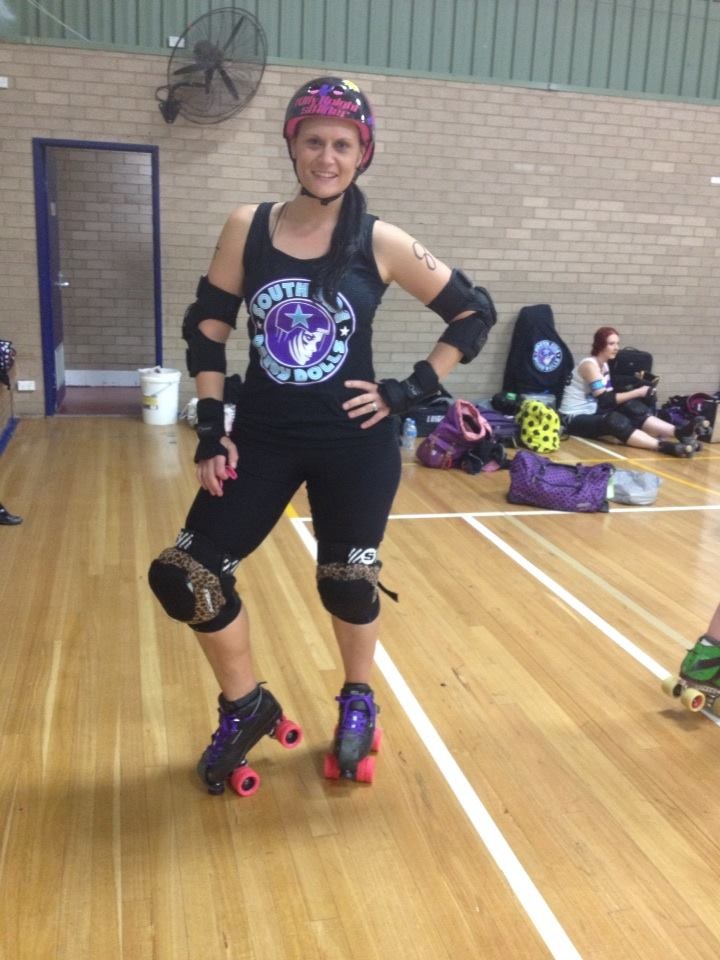 Congratulations to Canowindra local Staci Watson who participated in her first Roller Derby Bout at Bathurst over the weekend.

Staci was one of only two women from local Orange, Bathurst and Oberon teams who were selected to play in an exhibition match hosted by visiting Southern Sydney team, South Side Derby Dolls.

Staci has been training with Orange Roller Derby League since 2011 but due to safety requirements and minimal team numbers, has been unable to compete in a fully-fledged match (called a Bout) until last weekend. Well done Staci!