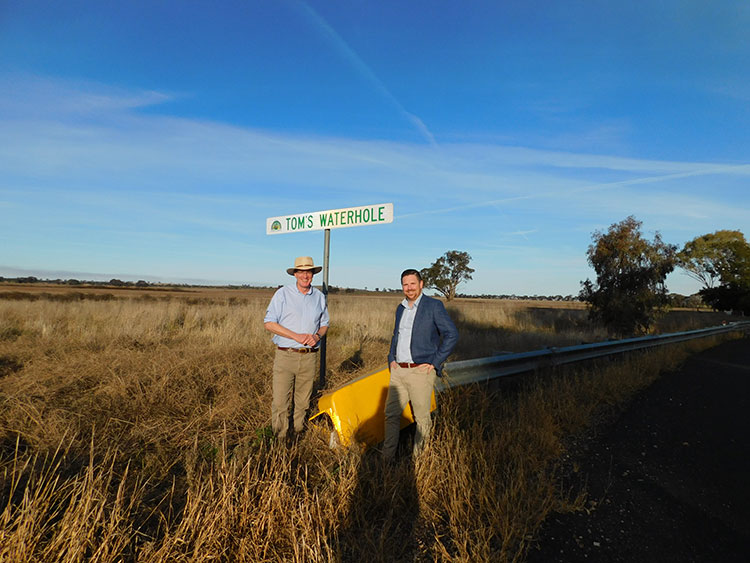 Canowindra will soon benefit from $130,000 in road improvements. The Australian Government has provided funding for two projects across the Cabonne Shire Local Government Area as part of Phase 1 of the Local Roads and Community Infrastructure program.

Andrew Gee MP announced that one of the projects to receive funding under this program would upgrade box culverts on Longs Corner Road in Canowindra.

“Well-maintained roads and infrastructure play a vital role in our regions, supporting the development of towns and cities, increasing freight efficiency and helping to improve safety outcomes for drivers,” said Andrew.

“This stretch of road is heavily used by primary producers and the agricultural industries in this region. That is why I am excited to announce $100,000 in federal government funding to replace box culverts at Tom’s Waterhole Bridge on Longs Corner Road,” said Andrew.

“Furthermore, $30,000 will be allocated to repairing the bridge on Back Mogong Road in Canowindra,” said Andrew.

Deputy Mayor Jamie Jones, praised the funding and projects, saying, “It will create eight jobs and bring money back into the community. Construction should be completed by February next year.”

“Currently this bridge has a load limit on it, which has meant that trucks cannot go over it fully loaded. It is really important for Cabonne, being a big agricultural shire, to have roads strong enough for loaded trucks. The improvement to Tom’s Waterhole bridge will help with getting product to market at Forbes saleyard.”

“We have delivered another round of funding so if residents have a project they want to put on the priority list, they should definitely work through Cabonne Council on that.”

“COVID-19 has been absolutely devastating, but one of the silver linings has been the infrastructure spend that we have been able to get moving. Projects like these will stand our country communities in good stead for years to come,” Andrew finished.