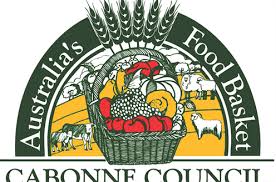 A $21.9 million capital works program is the centrepiece of Cabonne Council’s 2019-2020 Budget, which was adopted this week.

In keeping with Cabonne’s commitment to road safety, the capital works program is underpinned by almost $14m of roadworks and a further $2.6m to construct two new bridges.

Major road safety upgrades will be undertaken throughout the Shire, including Packham Way between Manildra and Molong; Cargo Road; Davys Plain Road between Cudal and Cargo; and Vittoria Road.

St Germains Bridge on Bocobra Road near Manildra and Bangaroo Bridge over the Belubula River near Canowindra will be replaced following partial funding from the Federal Government.

Almost $500,000 will be spent on footpaths and a further $144,000 on swimming pool upgrades in Cabonne villages. “In framing this budget, the council has ensured that all existing services will be maintained at existing levels and no services are discontinued,” Cr Beatty said.