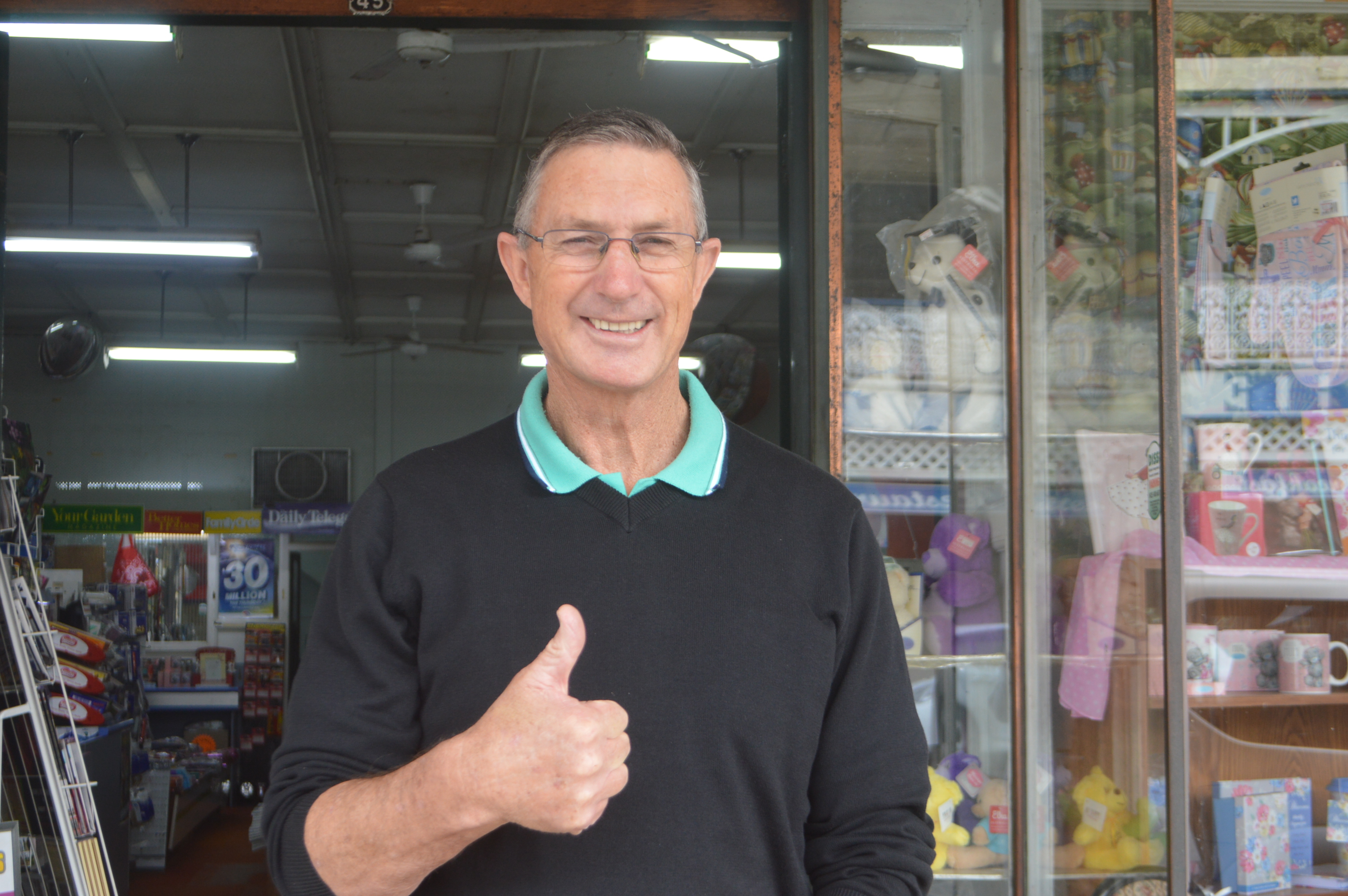 As many locals would know Graham Rice had a bit of a scare over the Easter long weekend, although that’s not what he would call it.

“I just felt a bit funny during the night, I must have woken up to get a quick eze and I woke up passed out on the floor. I cleaned myself up then just went back to bed,” said Graham.

The next day Graham went about his day as usual, opening up the Newsagency and then he went and helped Matt mark lambs.

After having another turn Debbie decided it was time to go to the hospital. When at Canowindra Hospital his blood pressure was good, pulse was good and it seemed nothing was wrong with him.

“I could then feel another turn coming on and my heart rate dropped from 74 down to 30 and I was unconscious again.”

Graham was then sent to Orange to have a temporary pacemaker put in before be- ing transferred to Sydney after his heart stopped twice, the first time for 6 seconds then the second time for 8.2 seconds.

“While I was on the plane I saw it flat line for another 2 seconds then the pace maker kicked in. It was a funny thing, every time I had a turn I had a dream. The time I was out for 8.2 seconds it felt like a 10 minute dream, so its funny how the brain works. I didn’t get to the other side he laughed nor did my life flash before my eyes.”

As you would know Graham is pretty fit and healthy and always has been from swimming a mile every morning to marathons and triathlons.

“I felt sorry for the guy next to me in RPA who was only 52 and a tradesman, he had a massive heart attack and now has scar tissue on his heart. He will have to change his lifestyle a lot. Where as I am older and a lot better then him and I think the difference would probably come down to smoking.”

Graham wanted to make a special thanks to Dr Padma, Laura and Jason and the whole ambulance service. Also to the air ambulance and all of the nurses.

“The cooperation and team work between different services was just amazing!”

Graham of course made the best of the situation, even having a laugh with the nurses.

“Everyone at RPA thought I was a farmer because I came in on the air ambulance and maybe because I was marking lambs. I asked one of the nurses at RPA if she knew what marking lambs is or how you mark lambs and she said with a texta.” Graham laughed.

Graham said he is in full health and the pacemaker will help send electrical impulse messages to his heart when it drops again.

Graham is on rest for 6 weeks but is definitely not slowing down, with him already riding 25 minutes on the exercise bike.