Home » Riders With A Cause 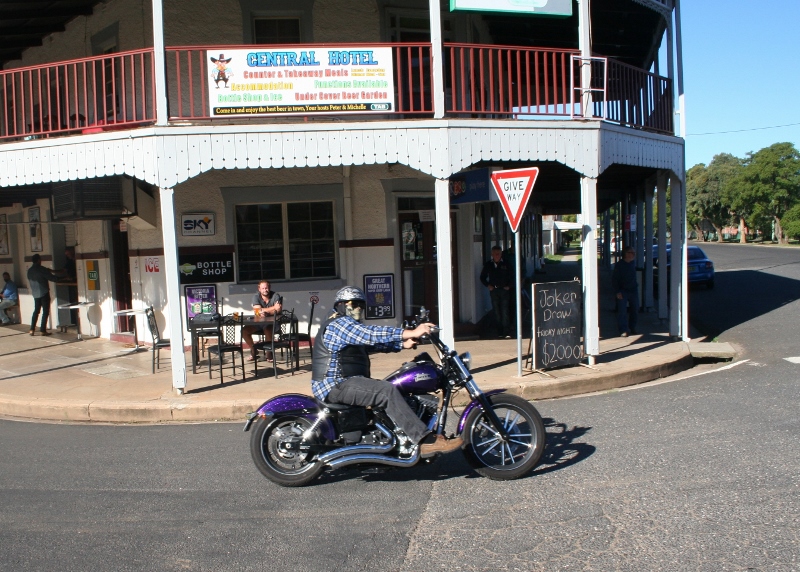 A huge group of around 100 bikers pulled into the Central Hotel in Eugowra on Saturday in aid of Ronald McDonald House. Clad in leather and riding Suzuki’s, Ducati’s and of course the signature Harley Davison’s, the riders arrived in a steady stream over the Eugowra bridge. The Mid State Motorcycle Club hosted the day and invited members from Parkes, Orange, Forbes and surrounding areas, along with other club members to ride together to help raise money for a good cause.

Previously the club has been involved with fundraising for research into schizophrenia, an initiative in India and a childcare centre in Cudal. They also help to put plaques in places such as The Old Vic Inn and other buildings throughout the Central West which include useful information for bikies on which are the best roads to take and good pit stops to make. The group, whose riders had travelled from all over New South Wales for the event, enjoyed a buffet lunch and a few well-earned drinks at the Central Hotel before hitting the road once again to head to Canowindra then riding again to end their day in Grenfell.