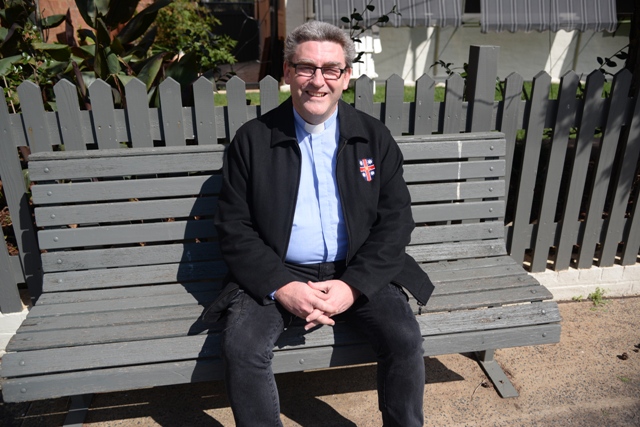 All Saints’ Anglican Church Canowindra Reverend Canon Jono Williams will depart his post in Canowindra in November, having taken up a new opportunity in Mudgee. The well-respected Reverend Canon, who has spent the best part of the last six years in Canowindra, will conduct his last Sunday service at All Saints on November 6, before making the move to Mudgee in mid-November.

His move comes after being offered an opportunity to be the Rector of St John’s Anglican Church in Mudgee, where he will have the opportunity to oversee a team of ministers in a larger environment than that of All Saints in Canowindra. Reverend Canon Jono, from Sydney, has worked in many different roles under the Anglican Church, including different roles in Sydney, Parkes, Narromine, Dubbo, Bathurst and Blayney, but he said Canowindra had been the most welcoming community he had been a part of.

“It was a very hard decision for me to make,” he said. “Canowindra really identifies itself with its Aboriginal meaning- ‘home’- and I have enjoyed the friendships I have made not just in the church, but the wider community as well.”

Reverend Canon Jono said while it was a hard decision to decide to leave, he felt as though it was a good time to hand his position over to someone else. “I have made many contributions to the community, and I’m now looking forward to new challenges in Mudgee, and being able to manage a team of ministers for the first time,” he said.