Home » Residents Reminded To Get Their Flu Shot 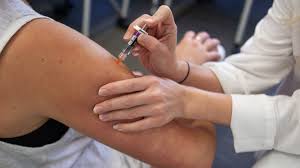 The Western NSW Local Health District (WNSWLHD) community is being reminded to get their flu vaccine with the launch of the 2019 flu campaign last week.

WNSWLHD Public Health Manager, Priscilla Stanley said, “With more than 9,600 confirmed influenza cases in NSW already this year, people should not delay and organise their flu jabs either at the GP or pharmacist”.

“One million flu vaccines have now been delivered across the State.”

Hospitalisation rates for influenza are highest in young children with recent national figures showing about 100 per 100,000 in those aged six to 23 months.

Ms Stanley outlined the importance of receiving an annual influenza vaccination as the best means of protecting yourself. “While we might all take the flu for granted as a common winter disease, it can be deadly,” LHD Ms Stanley said.

“In 2017, we had a significant flu season where more than 650 people died across the state. We cannot afford to be complacent.” The NSW Government has invested about $130 million in the 2018-19 Immunisation Program budget, including Commonwealth and state vaccines.

In addition to booking a flu shot, people are reminded that to help reduce the spread of flu, sneeze into your elbow, wash your hands regularly and stay home if sick.