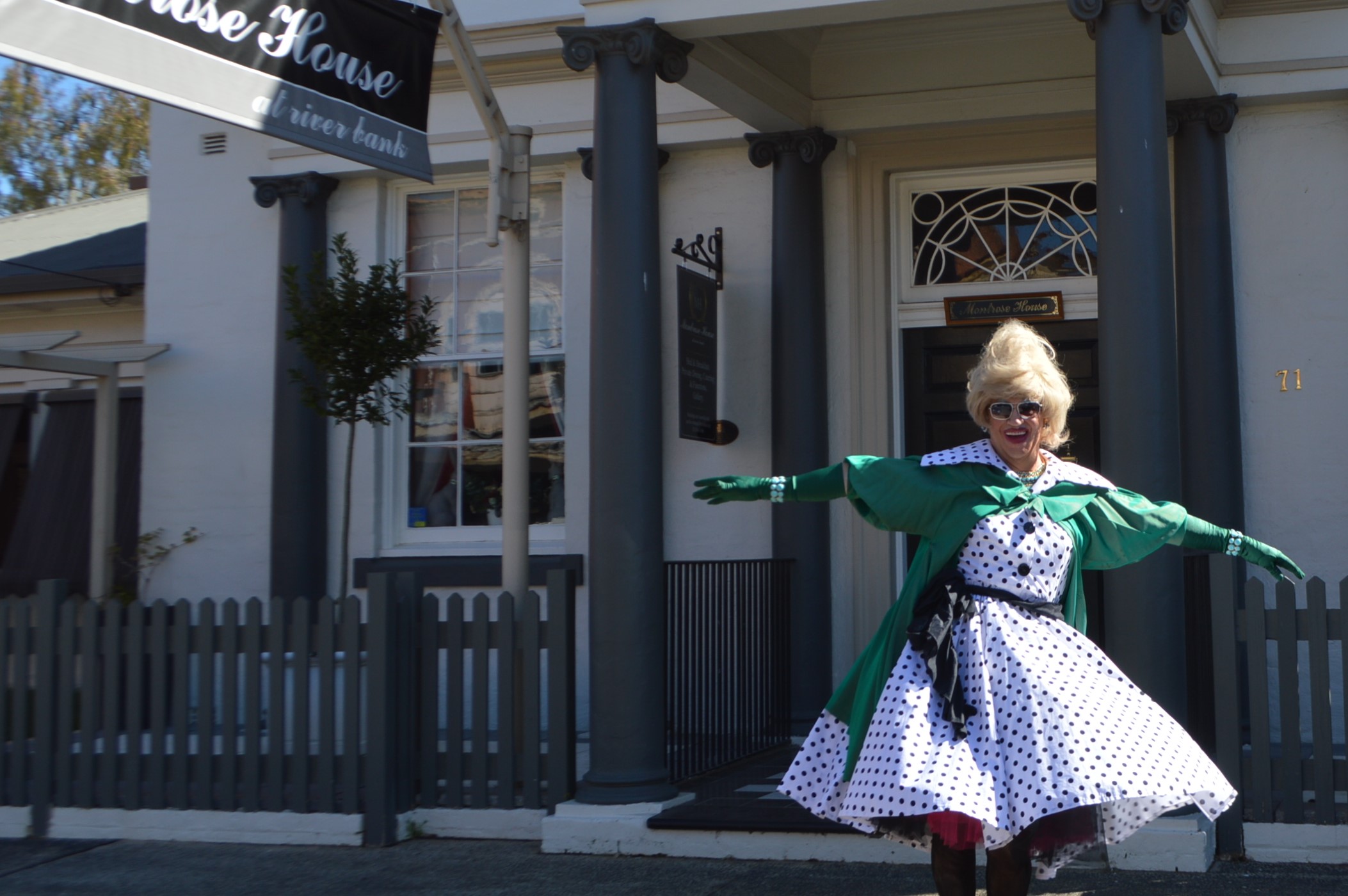 Megan Lewis, who has a long history as a documentary photographer, and author, having grown up in regional New Zealand, before heading to Sydney to work for Reuters in Sydney has been in Canowindra during the last week to film a local story. Megan has also spent three years in the desert with the aboriginal tribe, the Martu people, filming, and has a reputation of doing serious stories. As an amabassador for Fuji Film, she has been using their new 23 ml lens, combined with an Xpro 2 camera, which she said is a beautiful documentary camera.

Megan was last here in Canowindra around 3 years ago for the Balloon Glow, and it was then when she went into the Deli Lama and heard Tommy’s voice and then met him, she knew that she would return to do a documentary on him. With Fuji they wanted to do the documentary on Megan being filmed as she was using the new lens, and Tommy and his story was the perfect fit. Hopefully this documentary will give people the essence of who he is and what he has done during his life in terms of contribution to each and every community that he has lived in. Taken with the countryside and the locals, and of course the town.

Filming here since last Tuesday, with her cameraman, Mark Camwell, they have managed despite the weather to find some great locations, with the assistance of local Adrian Cole and the management of Hassad. Megan said, “We have managed to get some great shots of Tommy, as Queen of the Canola, in a local woolshed, in his café Deli Lama, and on the road with some local dairy cattle. Also, we were lucky enough to attend the drag show in Cowra on Friday night.”

Mark Camwell said, “I will never forget getting out of my car, walking up the pathway at Montrose House and being met by Tommy in full drag.” Megan said, “I have been so impreseed with everyone’s generosity. Our aim has been to get the story about Tommy and
what he does in the country, as well as portraying Canowindra as a really unique place. My job is about the people I meet, which makes me richer for the experience and my camera is an excuse for interaction to have that connection.”

“The documentary will be coming out online anywhere from the last week in October, and if it is anything like the last video that we had on Youtube, which we produced over two years ago, we are expecting at least 30,000 hits on this video documentary.”