You are here: Home / Articles / Remembering The Fallen 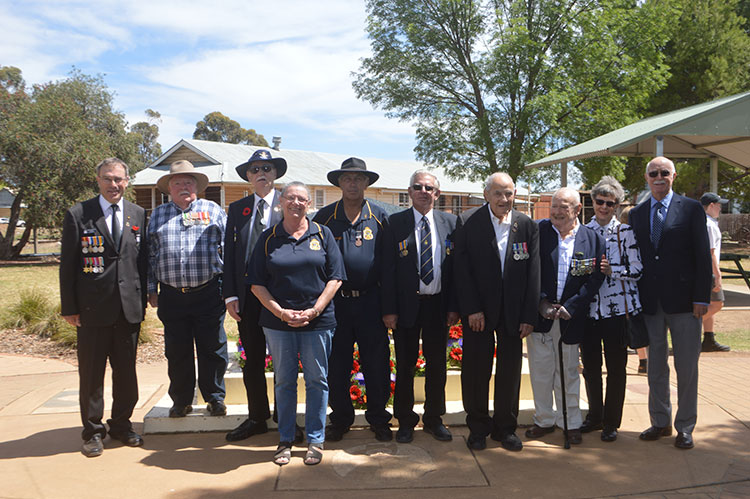 At 5am on the morning of November 11, 1918 an armistice was signed in a railroad car park in a French forest near the front lines. The terms of the agreement called for the cessation of fighting along the entire Western Front to begin at precisely 11am on 11th November. After over four years of bloody conflict, the Great War was finally at an end.

On Monday 11th November at 11am Canowindra stopped and remembered those who have fought and lost their lives in war for Australia for Remembrance Day 2019. More than 150 people joined together in Memorial Park on Gaskill St to honour those who have fallen to war, led by Canowindra High School Leaders Santi Tapim and Julia Wright.

Wreaths were laid by Mike Harrison for the RSL Sub-Branch, Jan Kerr and Christine McIlvain for the Canowindra CWA, Chloe Townsend and Harry Duguid for St Edward’s Primary School, Canowindra Public School’s wreath was laid by School Captains Hayley Stephens and Finn Hamer and Marshall McKay and Alana Smith laid one for the Canowindra High School.

There was a strong turnout of both young and old at this year’s Remembrance Day service.

Mike Harrison, RSL Sub-Branch President said “It is great to see so many people here today remembering those men and women who have served our country”.