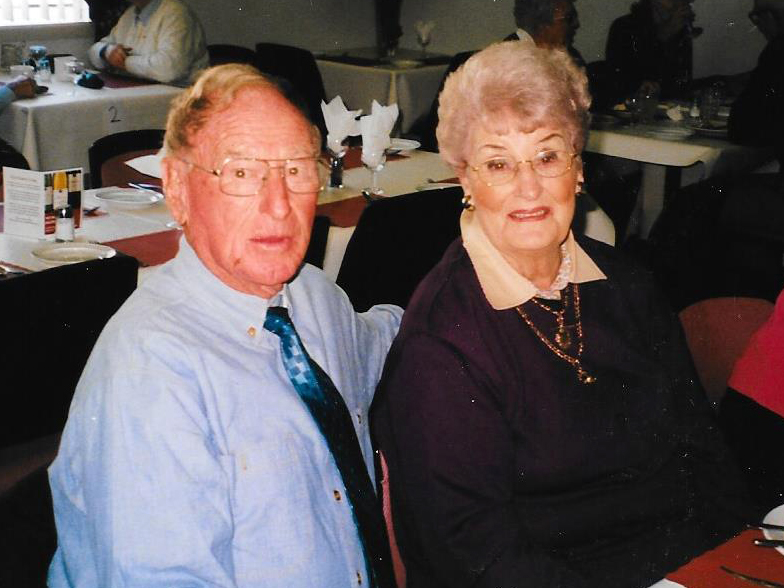 Pegeen (Peg) Mary Lynch was born 29th January 1923, the first child of Thomas & Leah Fitler of Moorbel. She was educated in the RC School at Moorbel, and left school at the age of 15, commencing work at Maloufs Store. Peg was considered a valued employee as evidenced by the fact that she held her employment at the store until she got married to Ron Lynch.

Due to floods at the time of Ron and Peg’s wedding, Peg’s father was unable to return to Canowindra to give her away. In his place, Nick Malouf walked Peg down the aisle to wed her one true love.

When Ron was away on active service, their first child Sue was born followed two and a half years later with their second child Robert.

With Ron getting involved with numerous business enterprises, Peg’s expertise in managing the household and business chores came to the fore.

Although the family took precedence, Peg still had time to pursue her own interests on the golf course, her passion to travel and her love of horse racing which she shared with Ron.

From an early age, Peg always had a social conscience for her fellow person, an ideal she took to her grave. Peg will be fondly remembered as a lady to the end.