Gleniss Lawrence’s father Ron Greentree met Prince Philip in Wagga Wagga in 1954. HM The Queen can be seen in the background of the photo.

Following the passing of HRH Prince Philip, Duke of Edinburgh, the Canowindra community is reflecting on his extraordinary life. Some locals have had the good fortune to meet the Prince. Dot Pfeiffer was one and she recounted her story to The Canowindra Phoenix on Monday.

“We were requested to be at Government House in Melboune, for our daughter Margaret to receive the Gold Certificate in the Duke of Edinburgh Awards,” said Dot, who attended with her daughter and husband Les.

The trio met Prince Philip on 27 March 1981 as part of a lineup of 70 people. “He asked Margaret, ‘What did you do for community service?’ She responded with ‘I teach scripture to young people.’ He shook her hand and continued on, greeting the others.”

Dot was amazed when Prince Philip found Margaret again over tea and sand-wiches and asked, “And what did you do to control the children?” perfectly recalling their earlier conversation.

“He remembered that, out of 70 people!” Dot said incredulously.

He then went on to remark about the Pfeiffer’s five daughters, saying he knew a family in England with five girls. “He took in what we were saying and responded,” said Dot. Prince Philip cut an impressive figure, even aged 59. Dot recalls that he charmed everyone with his quick and relaxed wit.

“The death of Prince Philip affects me very much,” said Dot. “I admire HM The Queen dearly and it brings tears to my eyes. My admiration for him comes from his service. To go from the ranks of high position in the Royal Navy, to being the support for HM The Queen is admirable. He has been so wonderful for her.” 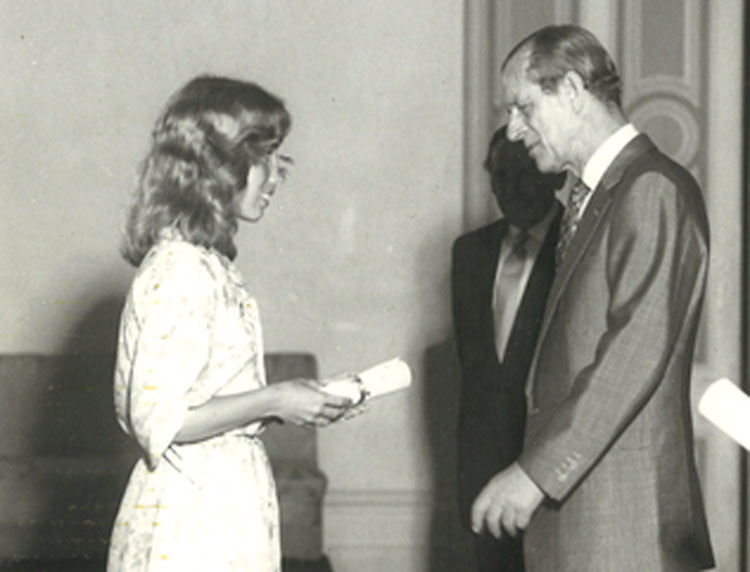 Margaret Parris (nee Pfeiffer) receives her Duke of Edin-burgh Gold Award from the Duke of Edinburgh himself at Government House, Melbourne in 1981. 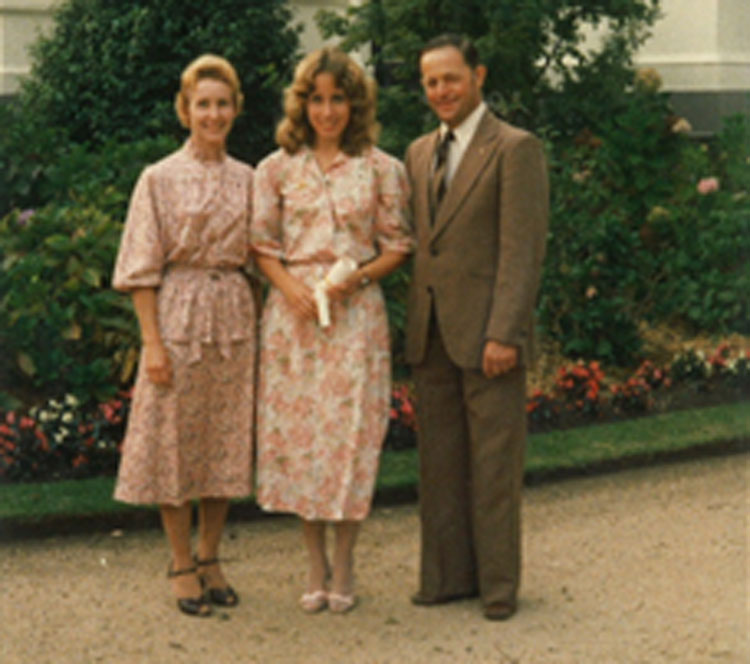 Margaret (centre) with parents Dot and Les Pfeiffer outside Government House, Melbourne after meeting Prince Philip, Duke of Edinburgh in 1981. 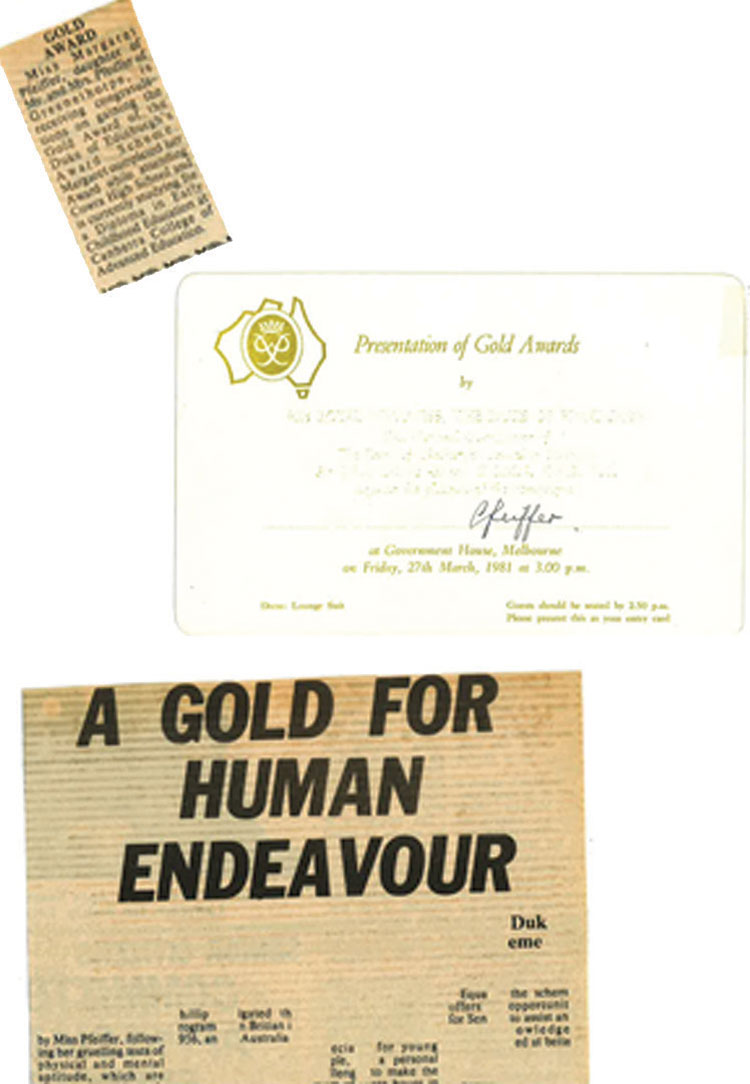 Dot still has Margaret’s Gold Duke of Edinburgh Certificate and newspaper clippings from 1981.