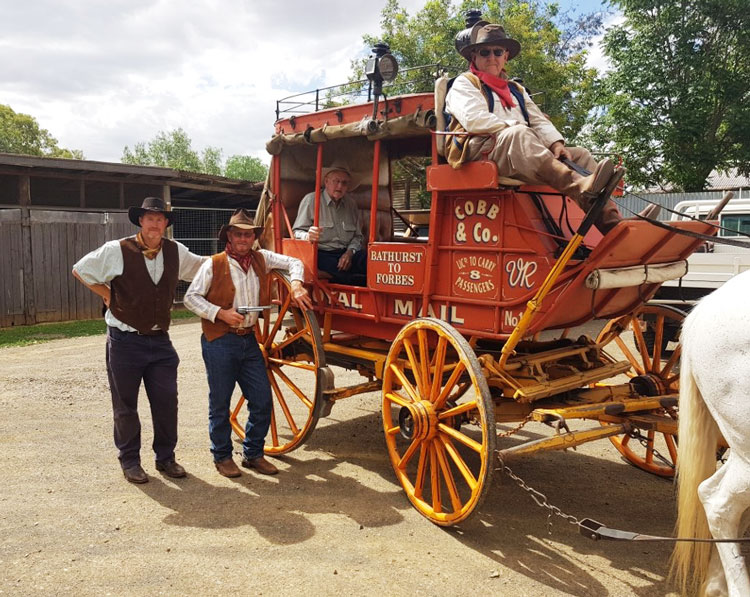 Reg’s grandson Matt Rice and son Beau Watt posed with Reg and driver Robert Traves in full bushranger costumes with a Cobb and Co. carriage after the Ben Hall reenactment earlier this month.

Not long after the Balloon Challenge’s vibrant street parade in early May, Gaskill Street saw a more sombre procession as Canowindra farewelled beloved community member, Reg Watt. Just weeks earlier, the street had cheered and clapped as local horsemen re-enacted the siege on the town by Ben Hall and his henchmen in the mid 1800s.

There was no-one more eager to see it than Reg himself, who spent decades acting in the popular performance. Despite having just celebrated his 90th birthday, Reg’s family were able to break him out of hospital to view his son Beau Watt and grandson Matt Rice re-enacting the siege one last time.

Born in Cowra in 1931, Reg moved to Canowindra as a young boy. A farmer at the property “Carlane” and clerk of the course at the local trots and races, he was a devoted horseman and a natural pick for the Ben Hall re-enactments, which daughter Gail Watt says he began participating in as early as the 1950s.

“Dad’s big trick was he used to ride his horse into hotels. He even took one into the Steyne Hotel in Manly and laid it down on the carpet,” Gail said.

The talented horseman, known for his ability to spin a yarn, made his last ride down Gaskill Street in a horse-drawn hearse. When Robert from Travealy Horse Drawn

Bob Meyers with Reg Watt and Reg’s son Beau Watt. Carriages in Cowra heard of Reg’s passing, he was eager to send Reg off by horse. He offered his recently restored hearse for its first use saying, “I want to do that for Reg.”

The funeral saw 300 mourners gather to remember Reg’s life, one of community, farming and fun. Gail said the day reflected her father well, showcasing the animals he loved so much.

“It was beautiful,” said Gail. “Beyond what we could have hoped for. It was uplifting.” 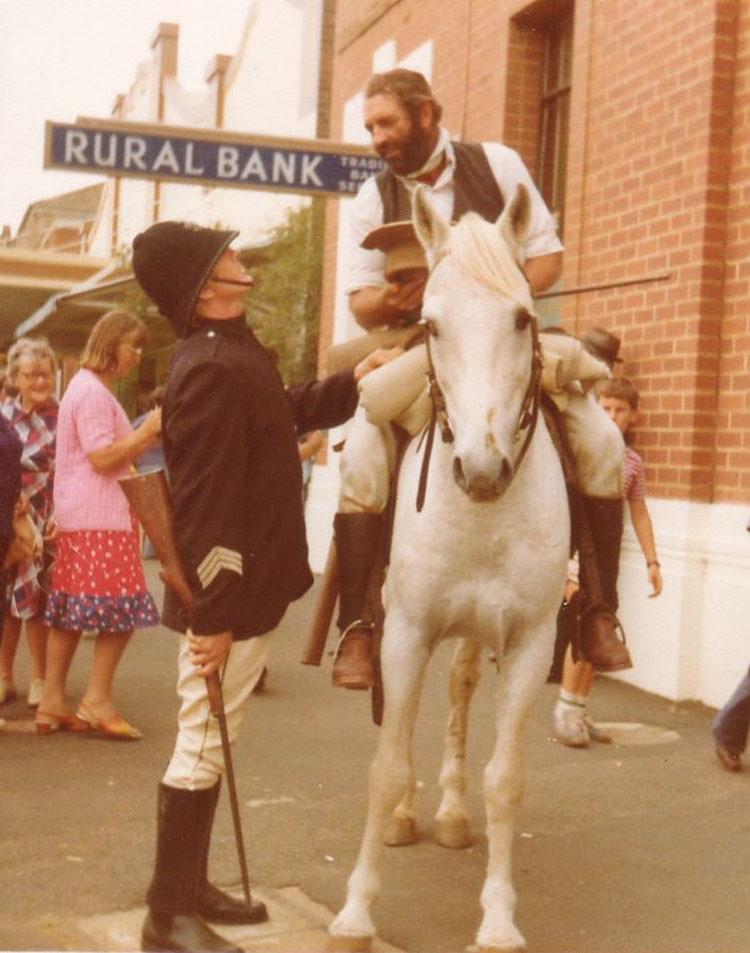 Reg Watt and Jack Earsman performed together in a Ben Hall re-enactment decades ago. 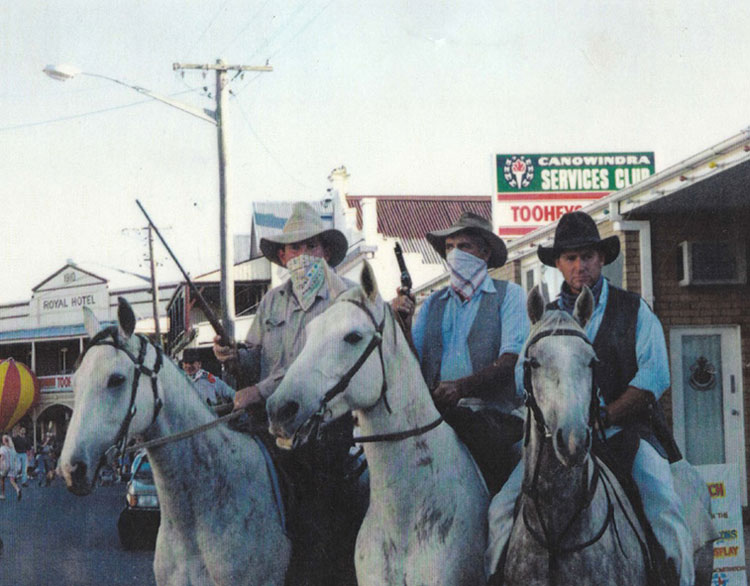