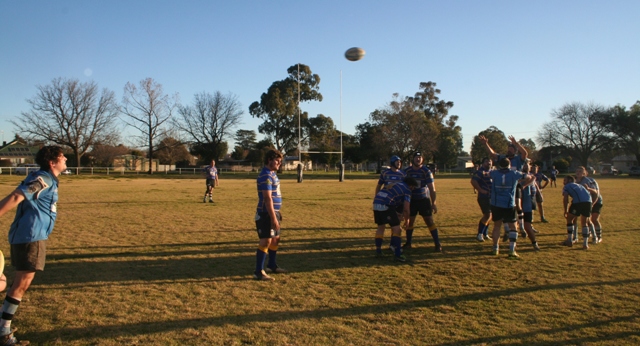 It was one of the biggest days on the Canowindra Python’s calendar, and the home side certainly made the most of it, running away with the game by a whopping 62-5 over the Condobolin Rams in Canowindra.

The win was a much-needed one for the Pythons, being their fifth win for the season and putting them into equal fourth on the Graincorp Cup Southern Division ladder. They trail West Wyalong, who currently hold fourth place, merely on for and against, and with three rounds still to play, they have a great chance of sneaking into the top four and qualifying for the play-offs.

The Pythons will get a rest this weekend, having a BYE, and they will play their final two home and-away season matches away to West Wyalong, and away again to competition leaders Blayney. There was plenty of off-field action for Ladies Day, with raffle tickets being sold to raise money for local sports star Dylan Slattery and the Canowindra netball team, the Pythonetties. Just under $300 was raised for the Pythonetties girls, which will go towards kits and some new equipment.