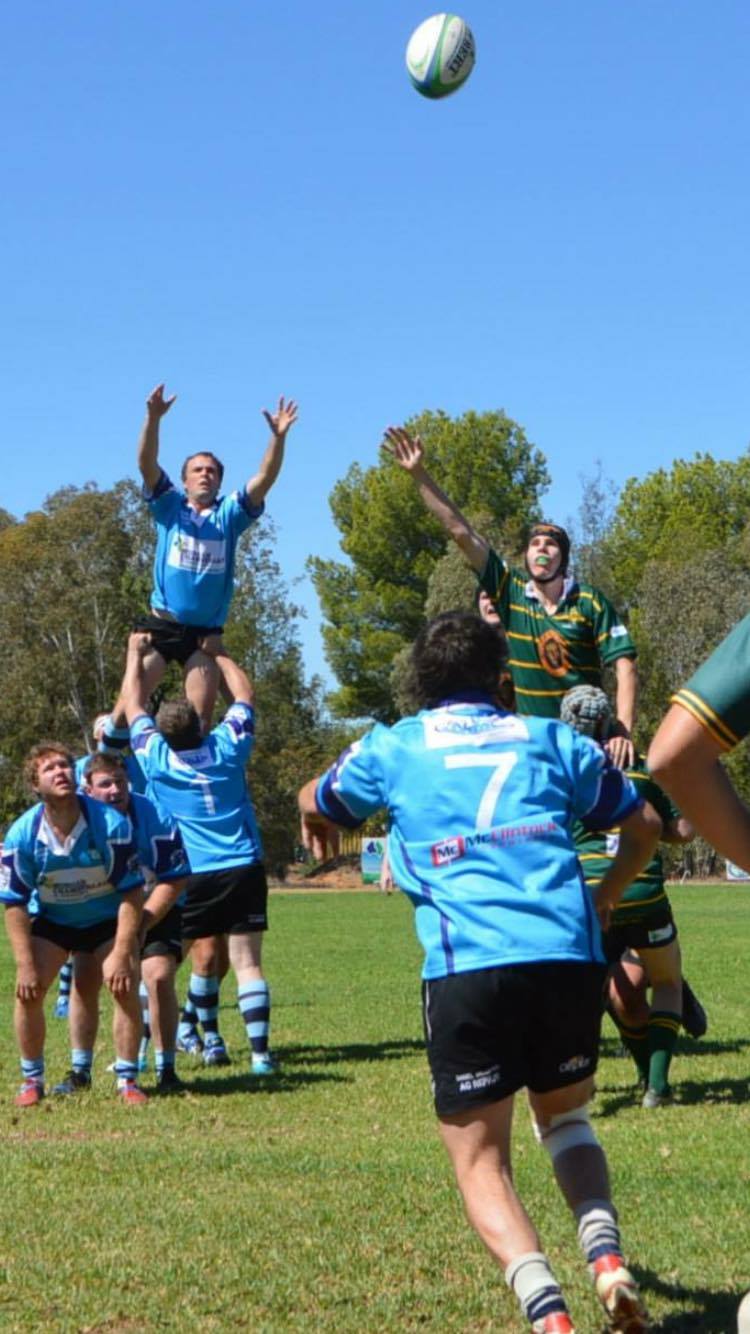 The Canowindra Rugby team travelled to Wagga Wagga alongside Cowra Rugby teams on Saturday to head off against the Wagga Aggies teams. Aggies had around 30 players to the Pythons 15 but Will Mitchell, a former Canowindra lad along with three of his friends, supplied the Pythons with a much needed bench, given the humidity of the day. Stuart ‘Snake’ Russell looked nervous as he got ready to face his old Python team-mates donned in an Aggies shirt.

The game was played in 20 minute thirds and the first sessions went well as Canowindra led 14-0 with tries from Kenny Turnbull and Josh Trayhurn and converted by Jayden Brown. The second session was a struggle with no further points. The third session began with a pep talk from Doug Rice, who asked the Pythons to lift for the first ten minutes. After two, Jayden Brown put in a neat little chip over the defence for Josh Trayhurn to toe the ball through and score his 2nd try, with Brown kicking the conversion for a score of 21-0.

Two minutes later Jayden broke the line again, making the score 26-0. On the 12 minute mark, Aggies had a scrum 5 metres from their try line and went for a clearing kick but Dan Bowd raced through; charging the kick down and diving on the ball to score, leaving the final score of the game 33-0.

Although another trial hasn’t been arranged yet, several Pythons will be playing in a couple of sides in the Orange 10’s this Saturday. Last season’s goal line defence was outstanding and it’s hoped the Pythons will carry this form into the 2016 season.