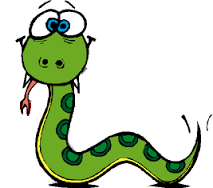 With 7 players injured or away last weekend and another 4 playing with injuries it wasn’t looking good for the Pythons. The call went out that they needed help to play Orange Aggies and past players rose to the challenge including Ed Price, Pay Kennedy, Clint Oborn, Dan Middleton, Lachie Davies and Brodie and Dan Friend. The Aggie boys tried hard but were no match for the newly reinforced Pythons, going down 74-5.

Try scores came thick and fast including 3 from Craig McKenzie, 2 from Dan Middleton and one each to Dan Bowd, Clint Oborn, Jayden Brown, Ed Price, Pat Kennedy, Luke Watt and Dan Williams whose try was a beauty. Dan found himself out in the centres with space to move from 30 metres out. He motored down the side line, knocking three defenders out of his path to score in the corner. Successful conversions were made by Dan Middleton, Ed Price and Dan Bowd and three were kicked by Jayden Brown.

Best and Fairest points went to Clayton Maynard 3, Craig McKenzie 2, Dean Schaefer 1 and Jayden Brown 1. Players’ Player was awarded to Dan Middleton. There is a general bye next weekend and the Pythons also have a bye the following weekend. The Pythons would also like to wish all mums a happy Mother’s Day this Sunday.