Home » Punching Above Our Weight 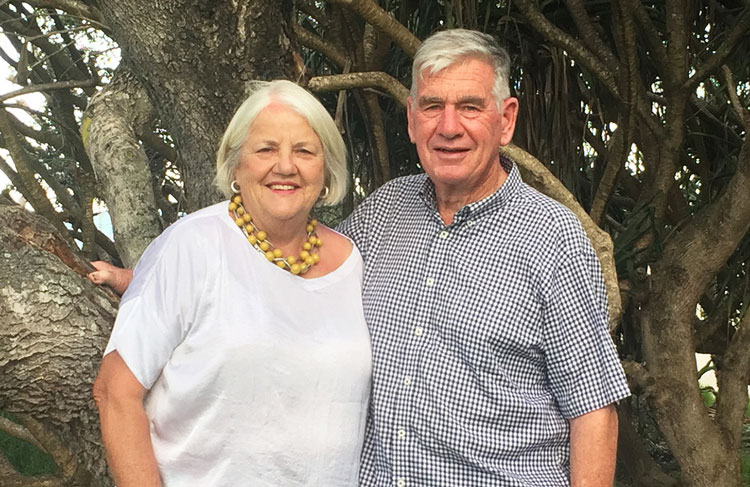 Anne and Mark Ward were both awarded an OAM on Australia Day for services to the community of Canowindra.

Federal Member for Calare, The Hon Andrew Gee MP warmly congratulated recipients of the Australian Day Honours saying, “It is a tremendous honour to be nominated for an Australian Day Honour and even greater to be a recipient of one. It is very important that we recognise members of our community who have contributed to our community in a way that goes above and beyond.”

The four recipients received their honours for “service to the community of Canowindra,” which was spread over many decades through various clubs, groups and community activities.

Anne and Mark Ward, a husband and wife duo, were awarded together, something which means a lot to Anne. She has lived in Canowindra for her whole life where she met Mark, who emigrated to Australia from England 54 years ago. Their impact on the community has been extensive and includes work through various P&C clubs, the Belubula Land Holders committee and the Jockey Club committee to name a few. Mark acted as chairman of both the Showground Trust and for the drug rehabilitation centre, Lyndon Withdrawal Unit, along with finding time to raise money for the Canowindra squash courts.

“We are most proud of the building of the disability-friendly house that we acted as project managers on for the Reid triplets,” said Anne. “It’s a bricks and mortar thing that we’re really proud of because it has made such a difference to their lives.”

Geoffrey Beath was also honoured with an OAM and like the Wards, his accomplishments are too numerous to name. Geoffrey served in the Rural Fire Service NSW for 35 years. He was president of the Show Society twice, patron of the Canowindra Show for which he is an honorary life member, patron of the Canowindra Rugby Club for many years and he served on the executive committee of the Private Treaty Wool Merchants of Australia Inc. These are just a few of Geoffrey’s accomplishments, for which he is quite modest.

“You do not volunteer to get an OAM,” said Geoffrey. “You do it to help the community out. It is nice to get recognised.” Additionally, J. David O’Dea was awarded an OAM for his services to the community of Canowindra after decades of service. Since moving to Canowindra in 1959, David has been active in the community. He was the first president and founder of the Cowra Eagles Rugby Club in 1967, the chairman of the Canowindra Show Society for over 10 year and was a long-time member of Canowindra Parish Council. If that was not enough, he served as the first chairman of the board for the drug rehabilitation centre, Lyndon Withdrawal Unit, and was a founder of the wine industry in Canowindra.

These four Canowindra citizen have done our small town proud in a remarkable year of recognition for the services of ordinary people in Canowindra.

Anne noted the extraordinary feat saying, “Marion Wilson OAM once wrote that Canowindra is ‘a small town punching above its weight.’”