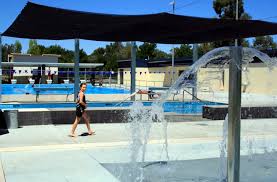 The demise of the seven local village swimming pools in Cabonne following a proposed merger with Orange and Blayney Councils has been one of the major concerns raise by Cabonne Amalgamation No Thank You (ANTY) that have been denied by Mike Baird and Paul Toole on numerous occasions.

ANTY spokesperson, Marj Bollinger said, “It has now been brought to our attention, that the administrator for the newly formed Queanbeyan-Palerang Regional Council has recently announced the new opening times for next season at the three swimming pools that were in the old Palerang Shire. Opening hours for the three pools at Bungendore, Braidwood and Captains Flat have been reduced from total open hours of 2,931 in the 2015-16 swimming season (taking out the extra day for a leap year) to just 2,156 in 2016-17 season, a reduction of 26.4%.

Incredibly, the Captains Flat pool will actually close for the season on 29th January, meaning no local swimming in the summer month of February! ANTY has previously warned that the seven village swimming pools in Cabonne are under threat of closure, for cost reasons, by a merged council controlled by councillors in Orange who would opt for us all to use their large aquatic swimming facility in Orange.

“The Queanbeyan-Palerang administrator has extended season passes to the Queanbeyan pool, for season ticket holders at the smaller town pools, demonstrating the push for use of major city facilities at the expense and demise of the outlying towns and villages,” Marj said.