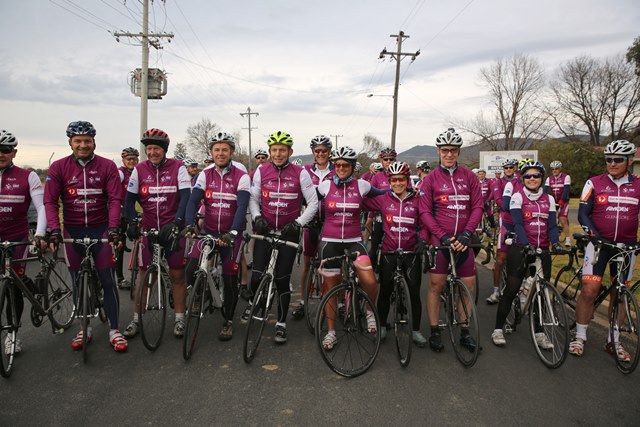 Lithgow rolled out the welcome mat on Saturday for Prime Minister Tony Abbott and the riders of the 2014 Pollie Pedal. The riders were delayed by some difficult riding over the unyielding 150 kilometres from Mudgee to Lithgow. Despite this, many politicians took part in the ride which was all about raising funds and awareness for the 3 million unpaid carers in Australia. John Cobb, MP for Calare, would like to thank the people of Lithgow for welcoming the riders with enthusiasm. Other attendees of the day included the Lithgow City Council and Mayor of Lithgow, Maree Statham. After hearing a tune the Lithgow City Band were playing, Tony Abbott stated, “I couldn’t help but notice that the tune you were playing when we arrived was called Count Your Blessings. Well, I tell you I am counting my blessings having arrived here in Lithgow because it was a very long 150 kilometres I have to say… when every single kilometre has to be pedal-powered they were big, big hills indeed but it is a great thing that we are doing.” The 2014 event has been a huge success and we look forward to the next one.
By Rhi Quinn