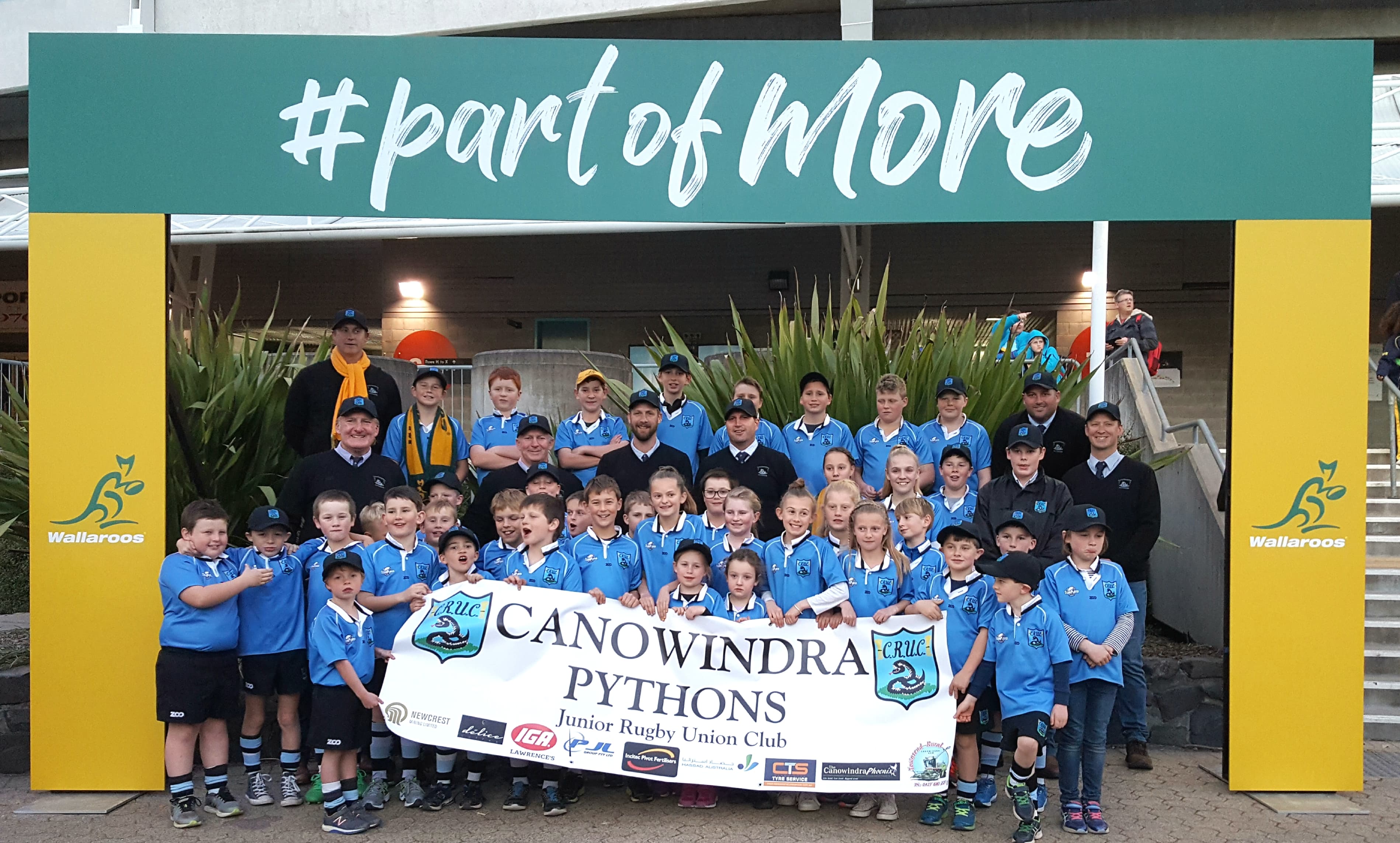 Over 60 people from the Canowindra Junior Pythons Rugby Union Club headed to Sydney on a bus last weekend for the Bledisloe Cup match between Australia and New Zealand. On board the bus were over 41 children and their families including 7 coaches. The team all stayed together at the Rydges
Parramatta after the match.

The Junior Pythons took part in the #PartofMore March around ANZ Stadium prior to the Bledisloe Cup match while the Wallabies and All Blacks warmed up. The Pythons were well represented on the field with players, coaches, dads and sisters all taking part.

The #PartofMore March included over 3,000 children from many rugby clubs in the bush and city. The #PartofMore hashtag is promoting grassroots rugby and is trying to convey the message that when you play rugby you are #PartofMore than just the game itself.

Although the result didn’t go the “wobbly” Wallabies way the kids all enjoyed their time in Sydney. “The kids loved the march, they were all so excited and couldn’t wipe the smiles from their faces, the “big” kids were the same,” said Mandy Townsend Secretary of the Club.

The Junior Pythons have three more Gala Day’s left for the 2018 season that will see them travel to Wellington, Millthorpe and Orange. The season will conclude with the 2018 Presentation on Friday 14th September at the Club House.