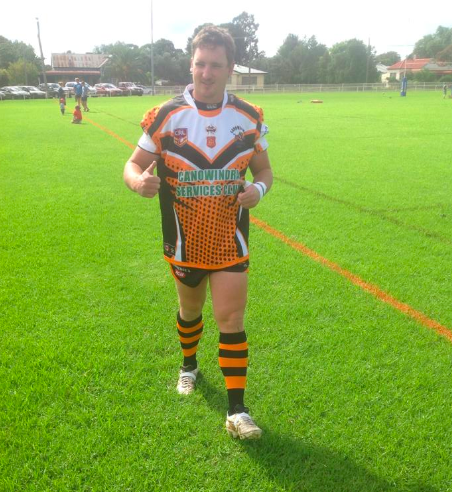 He has always wanted to be a carpenter and in January 2012, Sam and his best mate Steve Maere formed their own business called S & S Central West Carpentry. When asked what he loves most about owning his own business he said “Being able to make your own decisions and being your own boss.”

Sam enjoys playing football and golf in his spare time with his friends. His favourite football team are the Roosters –  “Up the Roosters!” – and his favourite meal is a baked dinner, with a Carlton Dry. Not surprisingly, he loves summer because he hates the cold weather. When asked what makes his day he said “Knocking off work!”