Home » One Library One Book 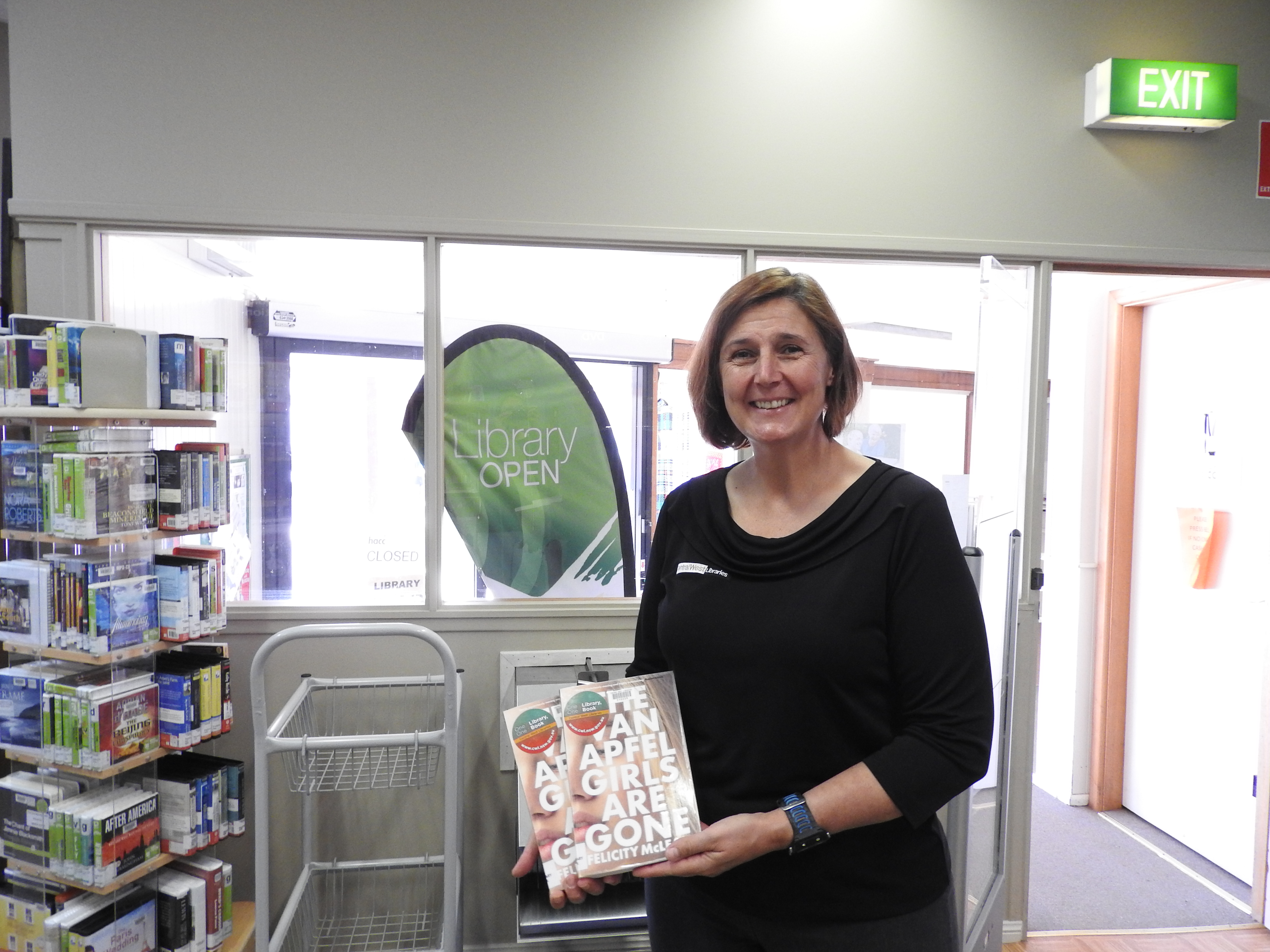 Felicity McLean’s book The Van Apfel Girls Are Gone has been chosen for an innovative program in the Central West that takes the traditional book club concept to the next level. Named One Library One Book, the
program aims to have everyone in the region read and discuss the same book.

Central West Libraries will distribute 200 copies of The Van Apfel Girls Are Gone across the Central West Libraries footprint – Blayney, Cabonne, Cowra, Forbes and Orange. These copies have been added to the catalogues of the Library’s branches with the rest distributed throughout regional towns for the community to take, read and pass on.

Author Felicity McLean will be a guest speaker at the Orange Readers and Writers Festival on Saturday 3rd August at the Hotel Canobolas to talk about her book. Felicity will also be attending local libraries to meet with readers in the first week of August to discuss the book with audiences.

“I’m thrilled The Van Apfel Girls Are Gone has been chosen for the One Library, One Book initiative,” Felicity said.

“It’s a fantastic program, in a special part of the world, and I’m grateful to everyone involved for encouraging reading throughout the community,” she said.

“The One Library, One Book program takes the idea of a book club and expands it to cover an entire region,” Jan Richards, Central West Libraries Manager said.

“The book is blackly comic, sharply observed and wonderfully endearing. We think it will resonate with the community and reflect connections our library service has with local organisations.”

“We are thrilled to bring this book to readers of the Central West. It is also available via ebook and audiobook through Central West Libraries,” she said.

It is hoped One Library One Book will be widely embraced on social media with readers of The Van Apfel Girls Are Gone posting discussions about the book and photos of themselves with the book on the Central West Libraries Facebook page and using #onelibraryonebook.