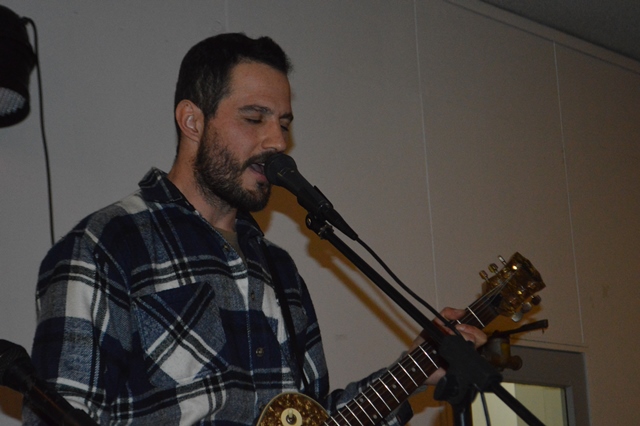 Oli Statham loves playing music. He has a great repertoire of cover songs but is also working hard at writing, recording and performing originals.

“I get into the old classics and stuff that people know from more recent times,” said Oli. “I play blues, soul, rock, folk, a bit of reggae and I play with a band as well. I mainly play guitar but I do multi-tracking and play bass, drums and the digeridoo.”

Multi-tracking is a recording process where a number of separate audio tracks are recorded for mixing into one track. “When I’m doing my original stuff I go into the studio and lay other instruments on top, then add some vocals. That’s my process in the studio.”

When it comes to inspiration, Oli takes his cue from modern artists like Ben Harper and Xavier Rudd, as well as musical masters like Jimi Hendrix. “I’m into playing covers in all different styles,” Oli said.

“Mum made me do classical piano lessons as a kid, which is a really good formative thing to do. I mucked around with the drums until one of my brothers showed me how to play guitar at age 15. I did a music course and set up a studio in Newcastle. Up there I started recording my own album, my own stuff.”

With hopes of building a new studio within the next year, Oli’s next step is to finish recording an album and release it. Check him out on Facebook to follow gigs and get album updates.