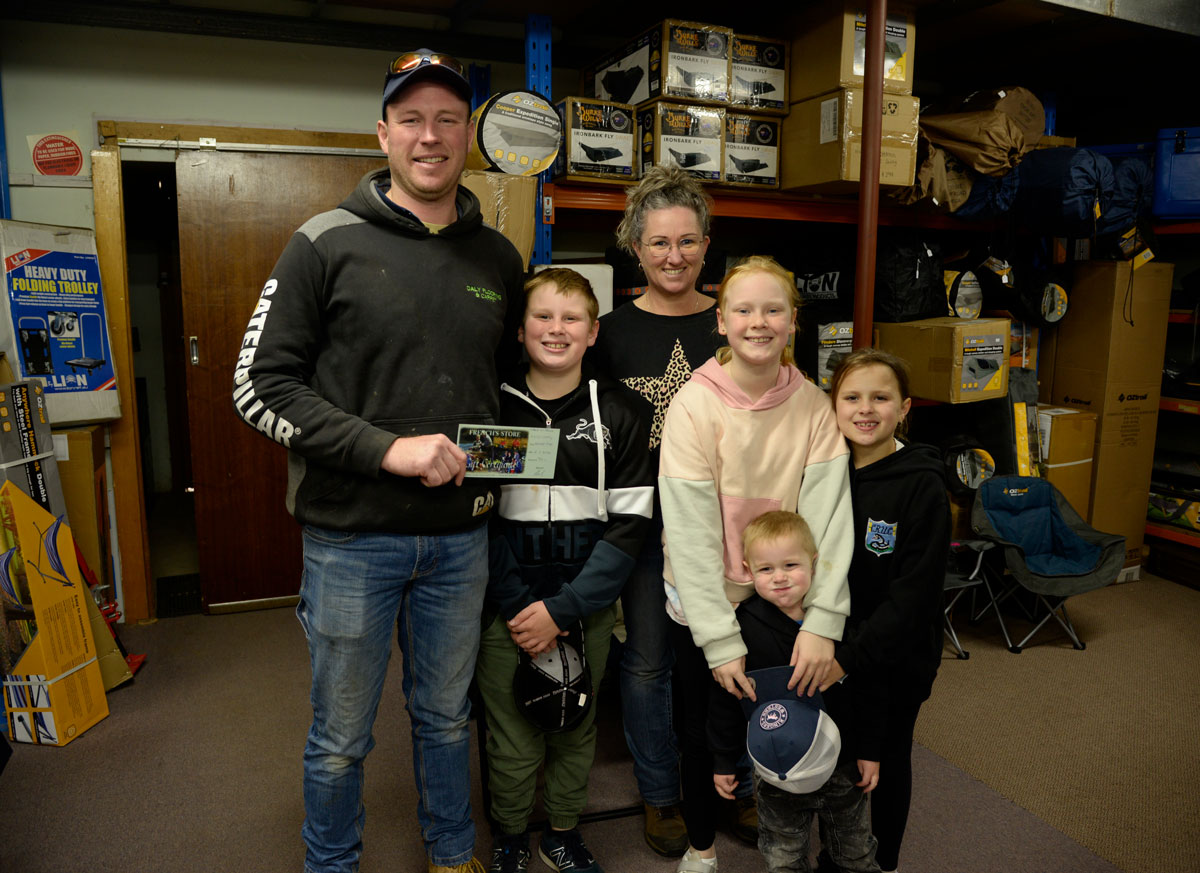 Nick Daly with his kids Jack, Archie and Evie, Poppy James and Jodie from French’s Store.

Canowindra’s Nick Daly has taken out the French’s Store Tradie Of The Month Award for June.

He won himself a $70 voucher to spend at French’s Store, Cowra, on whatever he wants.

Nick has owned his business for the last three years, having purchased it from the previous owners.

Nick said what he enjoys the most about his work is the variety and flexibility of it. “Being able to work for yourself is great for work and life balance. I always get to spend plenty of time with my kids,” he said.

French’s Store specialises in all things trade, camping, fishing and hunting, and even stocks every day men’s clothing items.