Home » Next Life For Finn’s Store 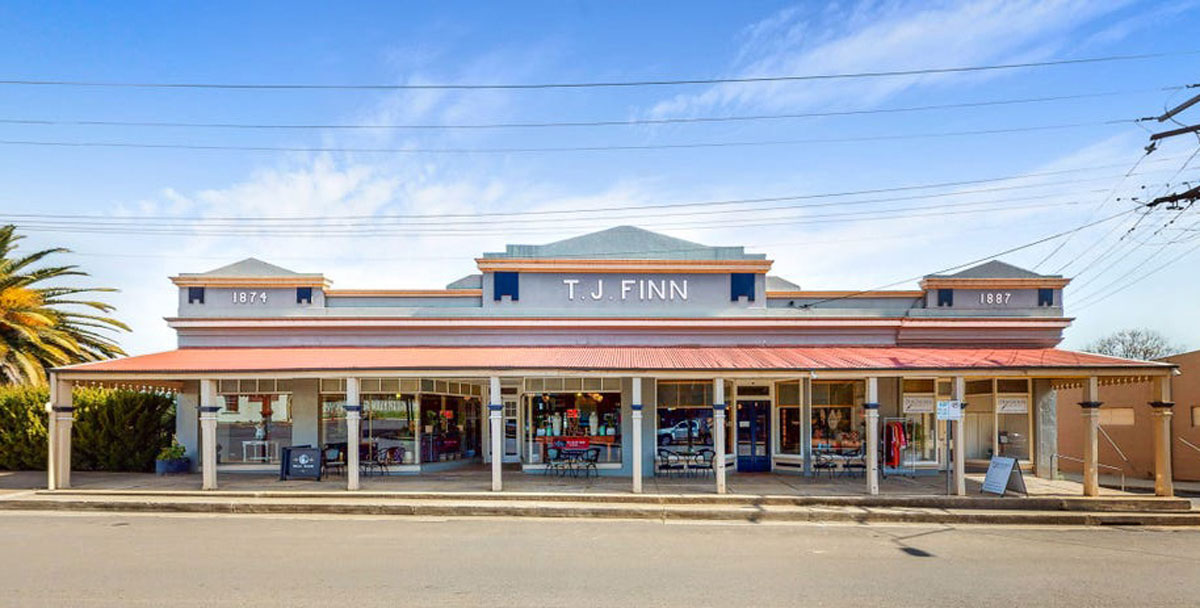 The iconic Finn’s Store will be auctioned in mid-November.

The oldest store on Gaskill Street, Finn’s Store, is up for sale.

Current owners, Geoff and Jackie Yeo have done a marvellous job of breathing life into the building after it ran into a state of disrepair.

Many residents have fond memories of the original TJ Finn’s department store when it was owned and run by TJ Finn.

It closed in 1970 after a hundred years of trading and lay empty until being bought and renovated by Russell and Margot Chick, and again later by Jackie and Geoff.

Geoff Yeo said they bought the building 12 years ago, deciding on a whim to take up the restoration challenge buoyed by their love of Central West NSW history.

They opened the Finn’s Store cafe 11 years ago, as they restored the building, extending into giftware, furniture and clothing. They added the Ducks Back Gallery in association with Heather Vallance and Peter Lowe, whilst building on the food and wine aspect of the business after that. The most recent addition is the cellar bargain section under the building.

Geoff said they’re selling up as they’re due for long service leave and family time as they plan their next adventure.

The Canowindra & District Historical Society marked the joint centenary of the first Finn’s Store and the Declaration of the Cargo Goldfield in 1969.

A large procession of floats went from a parade to Moorbel, where TJ’s son Leo Finn unveiled a monument to mark the site of the butcher’s shop where 19-year-old Thomas Joseph Finn had come in 1869 to assist his cousin, Thomas Galvin, at the busy Belmore goldfield.

It is hoped that Finn’s Building can have a new future, whatever form it takes, like two other notable buildings in Gaskill Street, Foodworks and Perennialle Plants, that also began their lives as department stores and lay empty for some years.

Finn’s Store will be auctioned on November 19, with metropolitan interest delaying the auction by Ray White – Emms Mooney.