Two Canowindra teams were in the final of the District Senior Fours Championship held at Parkes Bowling Club. The winning team was (from left in photo) Marion Wilson, Nancy Morrow, Margaret Gosper and Heather Hoad. The runners up were (from left in photo) Jill Messenger, Moyna Rue, Shirley Robson and Maureen Baillie.

The team of Sheryn O’Malveney, Daph Bryant, Christine Pickard and Gwen Haydon had a bye in the District Open Fours on Monday morning and won their game in the afternoon. On Tuesday morning they were def. by Nada Kurtals team from Cowra. Nada Kurtals team def. Rhona Went’s team from Parkes in the Final on Tuesday afternoon. Congratulations to Nada’s team – the District Open Fours winners for 2014.

There were 2 games of social triples played at home on Tuesday 17th June. Linda Miller, Jay Beattie and Colleen Crump had a 17 all draw with Bobbie Turner, Jean Roth and Jenny Middleton.

Congratulations to the Canowindra Men’s No 5 Pennant team on winning the No. 5 Zone Pennant Flag. 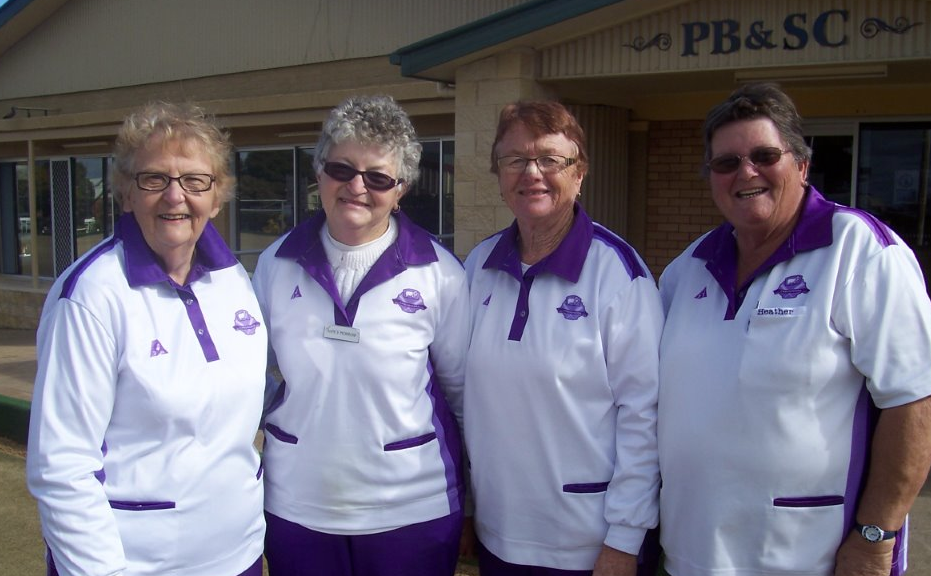 Only one game played here at the weekend, with a great result, seeing Dally, ET & Dunc giving Max,Cyril & Bruce a thorough touch-up in the major triples; winning 25-6 after only 19 ends. So be warned we are the up and coming team to challenge. On sun ET Sparky & Dunc travelled to Gooloogong for their triples game & trounced all-comers there too.

Finally, congratulations to Rocky who celebrated his 97th birthday on Sunday.