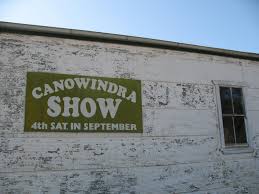 On the 12th of March the Canowindra PA & H Association, some keen community members and a representative from RaboBank gathered to discuss the upcoming 2016 Canowindra Show. They used the time wisely, making new format changes to the 2016 Show schedule and also by welcoming some new committee members.

The committee for 2016 will be as follows; Andrew Holmes – President, Angela Thornberry – Treasurer, Public Officer – Ron Cain, and Publicity Officer – Kate Beath. Georgie Ward was also welcomed onto the 2016 committee as a dressage steward.

The decision was also made that the committee were in desperate need of some younger members so the show can continue each year, therefore anyone wishing to get involved is encouraged to attend our next meeting. The 2016 Secretary will be nominated and appointed at the next show meeting which will be held on 13th April at the Canowindra Bowling Club from 7.30pm.