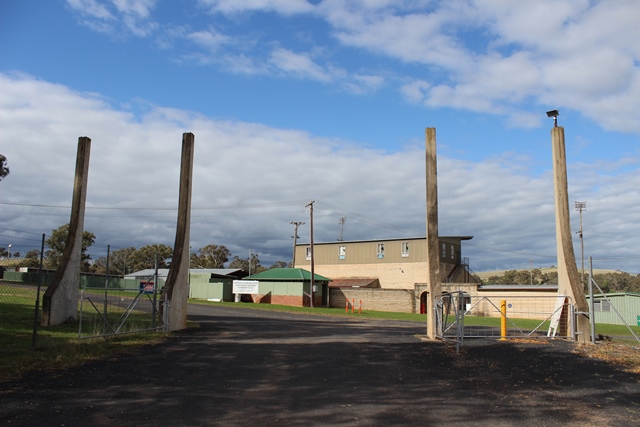 Work has begun on the new Sheep Pavilion at the Canowindra Showground after the old one was pulled down recently.

The Show Society has raised a whopping total of $102,000 for the new pavilion. The project was initiated 2 years ago, and the campaign started with representatives calling farmers and asking for input and donations.

The Showground Trust then applied for two grants; the first a $70,000 grant from the State Government, and then a $15,000 grant from the Cabonne Council. The grants are given to projects that will improve their communities.  The Show Society will be adding to this amount as necessary.

Showground Society President and Trust Committee member Sam Stranger is happy that the government is finally spending money on improving facilities in the local area. “It’s been a long time since we’ve been able to get any grants,” Sam said, “and while the grants are there, we will try and get them.”

Portable pens and panels make the new pavilion a diverse space. It can be used for the animal nursery, prime lambs and stud merinos on Show day or as a function and entertainment space at other times of the year. “The new shed will be for the entire community, not just for the Show,” said Sam.

It is hoped that the new pavilion will be completed before the 2015 Show and is the “main drive” behind the Show Society this year.

Sam took over from Geoffrey Beath as Show Society President this year, and like Geoffrey, has been involved with the committee for over 25 years. “The Show is well supported by the community,” said Sam, “and we want to keep that moving along.”

The Show Society wants to support the local community as best they can and is predominantly a volunteer based organisation. “We rely on the community to participate,” Sam said.