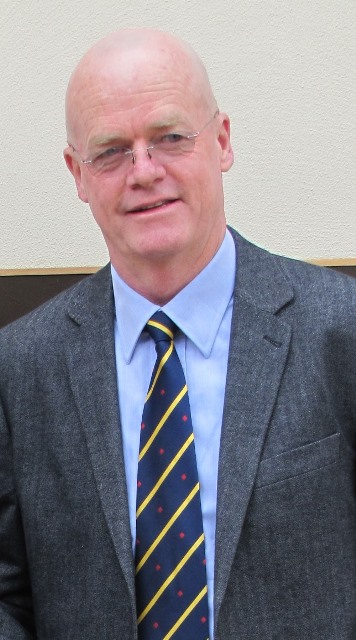 New Mayor Michael Hayes has taken on the job at a good time for Cabonne Council, which has returned a surplus for the eighth successive year whilst a third of the State’s councils are operating in the red.
In the past financial year, Cabonne spent almost $12 million on roads and completed a number of major projects, including the $2m redevelopment of Canowindra Pool. The pool was funded entirely by the council without relying on Government grants.
Announcing the latest local government reform proposals this month, NSW Premier Mike Baird said a third of the State’s councils were facing major financial problems, collectively losing up to $400 million a year. Despite this, the latest audited financial statements shows Cabonne Council are surpassing all of the Premier’s objectives.
Mr Hayes has been a councillor for two years and hopes to continue the success of Cabonne where others are falling short. “This is an austere environment. We have to maintain services ratepayers deserve, make every dollar count and ensure ratepayers get a say in what happens” Mayor Hayes stated.
As a boy Mayor Hayes went to school in Manildra and left in 1975 to take up an electrician apprenticeship with Yeoval County Council. In 1996 he joined the family business of Oils Plus, who provide quality fuels and lubricants to many of our local famers, and is now the Manager.
Michael says he feels “humbled” to be Mayor and contrary to what appeared as a shock decision last week, Michael has known former Mayor Ian Gosper for many years and was asked by him if he would consider the role in 2013. He describes the council as a “big family” who make decisions together. Mayor Hayes has been married for 32 years and his eldest daughter is due to have a baby in 2 weeks, congratulations! He also has a second daughter and a younger son, plus three dogs to complete the family. He first got into local government at the suggestion of a friend to which he replied, “yeah, I’ll give it a crack!”
At the question of seeing him at the Canowindra show Mayor Hayes said, “I’ll stick my ugly head in for a look!” Canowindra looks forward to seeing you Mayor!
By Rhi Quinn