You are here: Home / Articles / New Mayor Of Cabonne Elected! 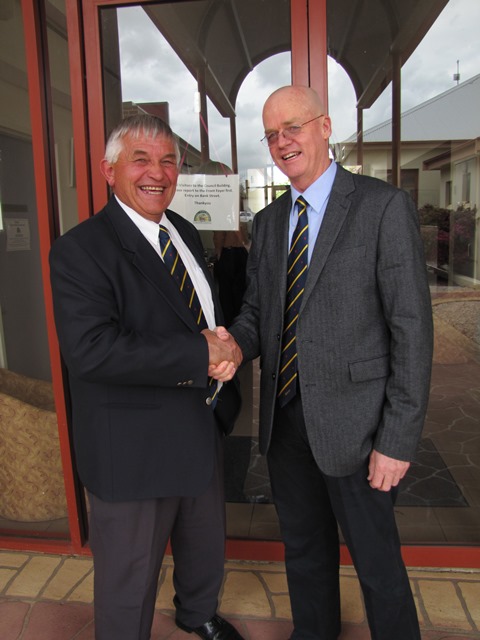 Yesterday Cr Michael Hayes was elected unopposed as the new Mayor of Cabonne following the retirement of our former Mayor Ian Gosper. The decision went down to the wire as there were no initial nominations for the role until Cr Hayes stepped after being approached by fellow councillors. Cr Hayes said that he wasn’t seeking Mayor status when he was elected to Council two years ago, “I can only hope I live up to the confidence shown in me by my fellow councillors,” the new Mayor said. “I will do my best to continue the excellent work that Cr Gosper has done in the past two years. I stood for Council because I believed it was time to give something back to the community and this is a great opportunity to continue doing that.”
Cr Hayes said that he wanted to see Cabonne continue to grow, prosper and retain its unique rural lifestyle.
Cr Gosper said he had thoroughly enjoyed his time as Mayor, but after long consideration had decided to spend more time with his family and on his farming business. He said that he was particularly proud of Cabonne’s commitment to spend millions of dollars on maintaining roads while other councils struggle to upgrade them. “We have continued to make roads the major focus of our budgets and we’ve replaced all but three of more than 150 timber bridges” he said. “This means we are well positioned to play a lead role in local government reform in the coming years.”
We wish the new Mayor the best of luck.
By Rhi Quinn