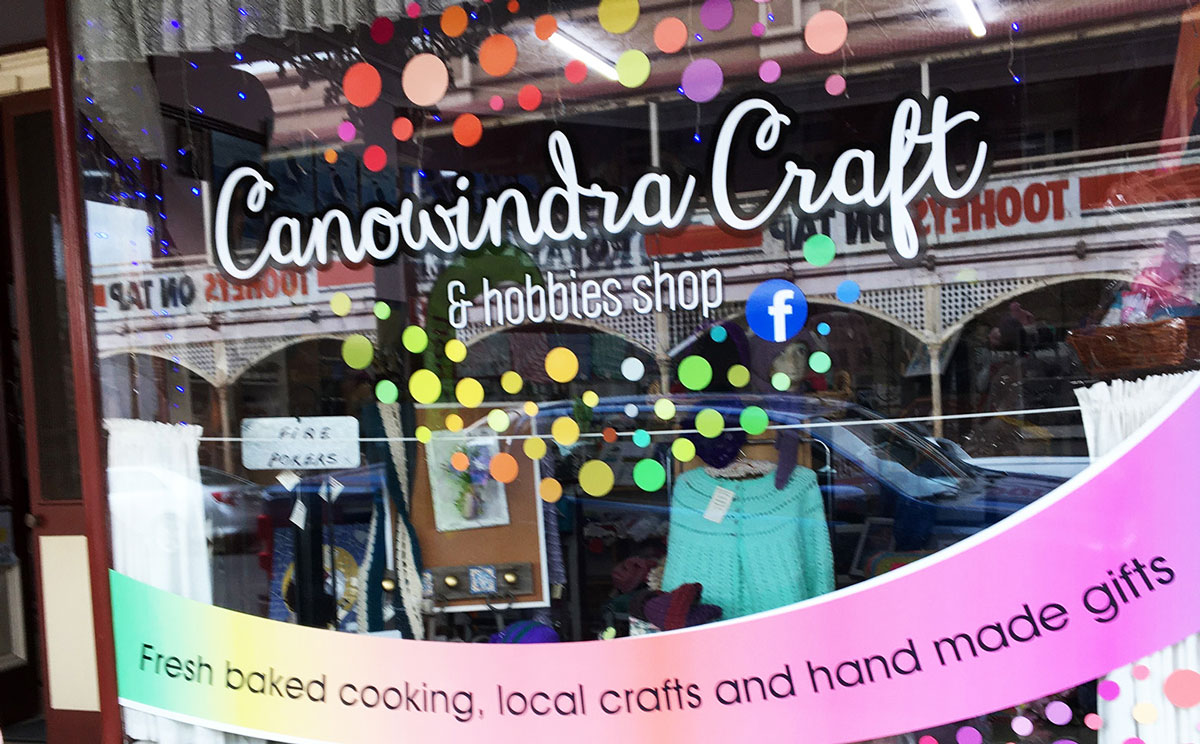 New signage at the Canowindra Craft and Hobbies Shop in Gaskill Street.

Have you seen the great new window signage in Gaskill Street at the Canowindra Craft and Hobbies Shop yet?

The new look signage was installed on the front windows of the shop on Wednesday 29th June and so far has caught many people’s attention.

“We have received so many positive comments in the shop and on our Facebook page which is great,” said President of the Canowindra Craft and Hobbies Shop Janeen Wright.

Earlier in the year the Canowindra Craft and Hobbies Shop applied for a Newcrest Beyond the Curve Round 2 Grant. The Grant was for small not for profit businesses especially run by volunteers, to improve their business.

“We were successful and received the Grant which we had specified for window signage to attract customers,” said Janeen.

The project had been delayed several times but now finally has come to fruition and it looks amazing, such a great lift for Gaskill Street.

“We are so grateful to Newcrest Mines for their support in this project,” continued Janeen. 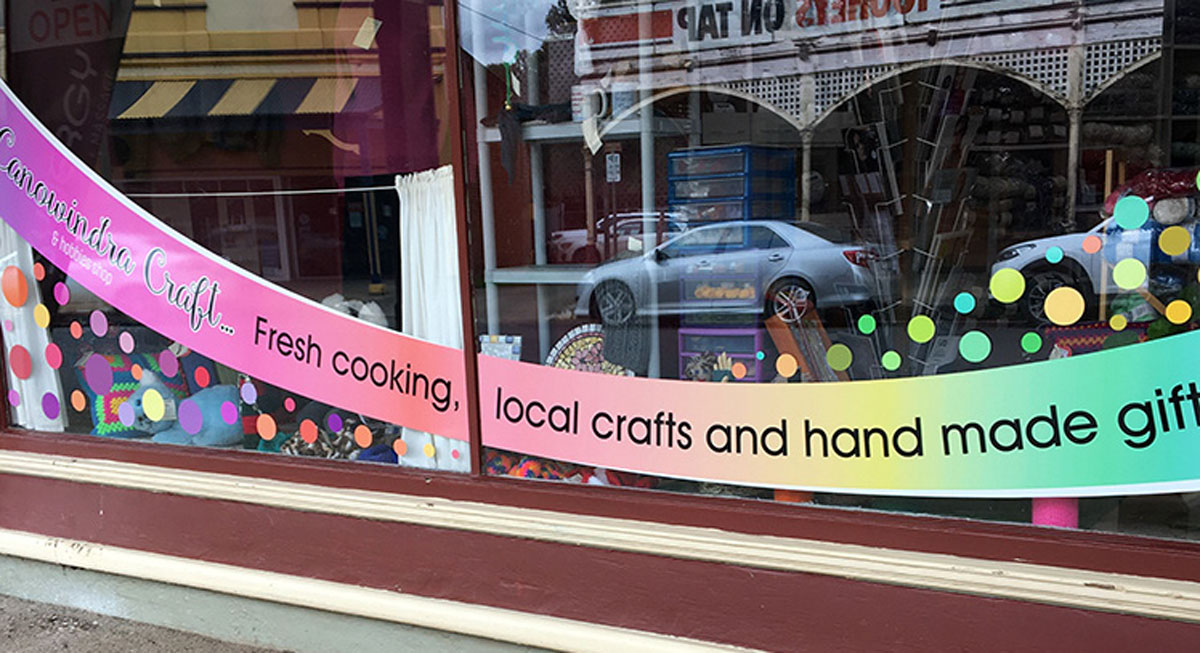