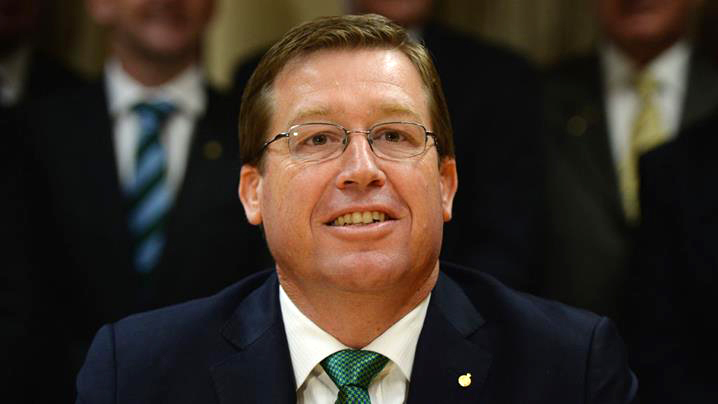 A week ago today, Troy Grant, former Member for Dubbo, was elected as the new Deputy Premier for NSW. Mr Grant made his way up the ranks to Inspector during his 22 year career with the police force and believes this has helped him during his shift to the world of politics. “There’s no better training ground. In the police you see how the government can help or hinder communities and I can take that experience and apply it now” he stated. Mr Grant is a member of the National Party and wants to change the way people view regional issues, “I want to break the stereotype of what people think are country issues. We have every challenge and more of what people in the city have.” Mr Grant is humble when it comes to his political career, “I’ve exceeded all aspirations. My only focus was to be the best member for Dubbo electorate I could be and now I intend to do my best as Deputy Premier.”
Mr Grant has described himself as the “accidental politician” due to him being asked to take on the role, but he is excited for what lies ahead. “I am glad, people ask me if I miss the police force and I do. I miss the camaraderie. But as a Nationals MP it’s very similar, we are like a big family and our goals aren’t about ambition but about helping our communities. I have great pride in what we have achieved during these three and a half years on the back of a terrible economy. We have turned that around, but we still have a lot of work to do and it’s my job to ensure we do it well.”
We wish the Deputy Premier the best of luck in his new role.
By Rhi Quinn