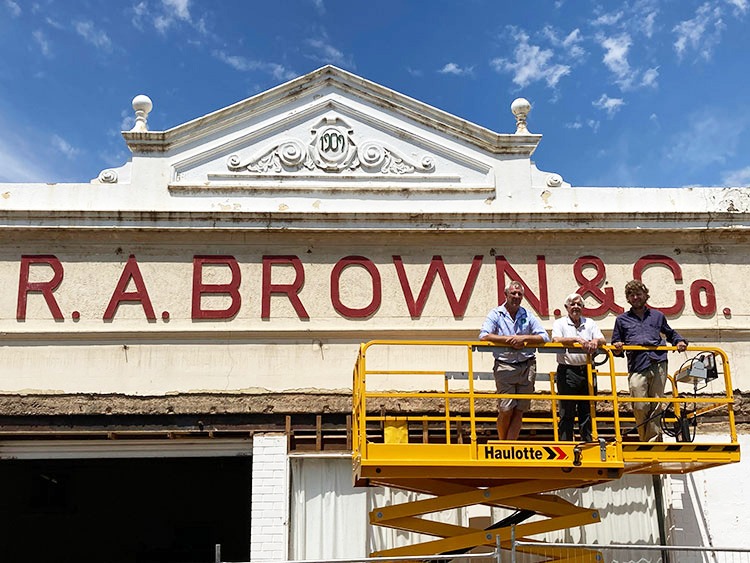 Many locals were surprised and amused to find out that underneath the Holden facade, 29 Gaskill St had a hidden past as a Ford dealership. Locals might also be surprised to hear that Athol Brown had initially set up as R.A. Brown Agents (and Lucerne mill), only later adding the Ford Dealership in the 1950s. He also built the huge shed behind the showroom on the main street. The building was Best’s Drapery before coming into the Brown family, though it was originally built in 1909 as Caleb Parker’s Commercial Exchange store.

When Chris and Nerida Cuddy bought the premises mid last year, they began researching the history of the building with the help of the Canowindra Historical Society who unearthed beautiful old photos of the building’s various identities. More photos came in from Ian Brown who, together with his family, has enjoyed passing on a little of the shop’s history to the Cuddys, who have a very distant common ancestor with the Brown family of Canowindra.

Many locals will know some part of the building’s history as it has been home to a few different businesses over the decades. Most will know it as Canowindra Motors, owned by Charlie McCarron for over 50 years. 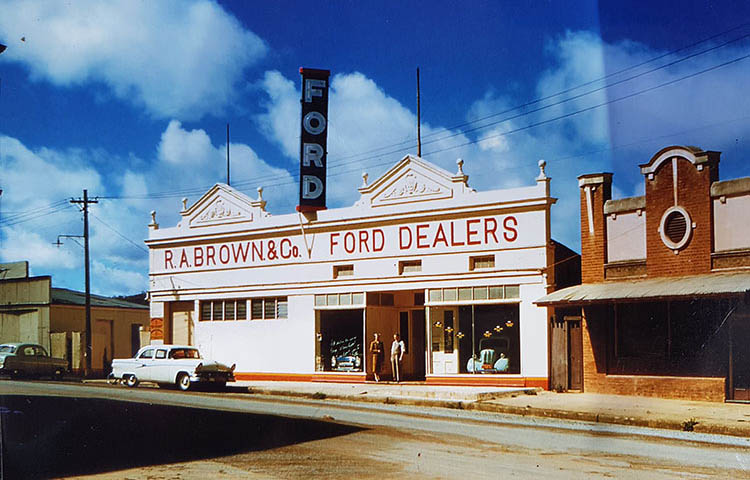 Charlie died in 2017 but not before cementing his place in Canowindra history for his rich and varied life. He began his career working at the family farm which saw him take up an exchange position in the United States where he travelled around, eager to find as many classic cars as he could. After returning to Australia, he started Canowindra Motors in 1955 with the help of his brother John, becoming the GMH Dealer Principal in 1959. His career at Canowindra Motors came to a close in 2001, though he was unable to sell the building quickly due to a heritage order being placed on Gaskill Street. Charlie said before his death that “no-one wanted a premises with a heritage frontage.”

Not so today, as Nerida notes, “We have always loved history and stories and have tended to like repurposing or restoring old things rather than buying new things. We felt that the opportunity to buy this beautiful building and breathe new life into it was a great gift to us and hopefully will be a gift to Canowindra as well.”

Long before it was a Ford dealership, 29 Gaskill Street housed Best’s Drapery.