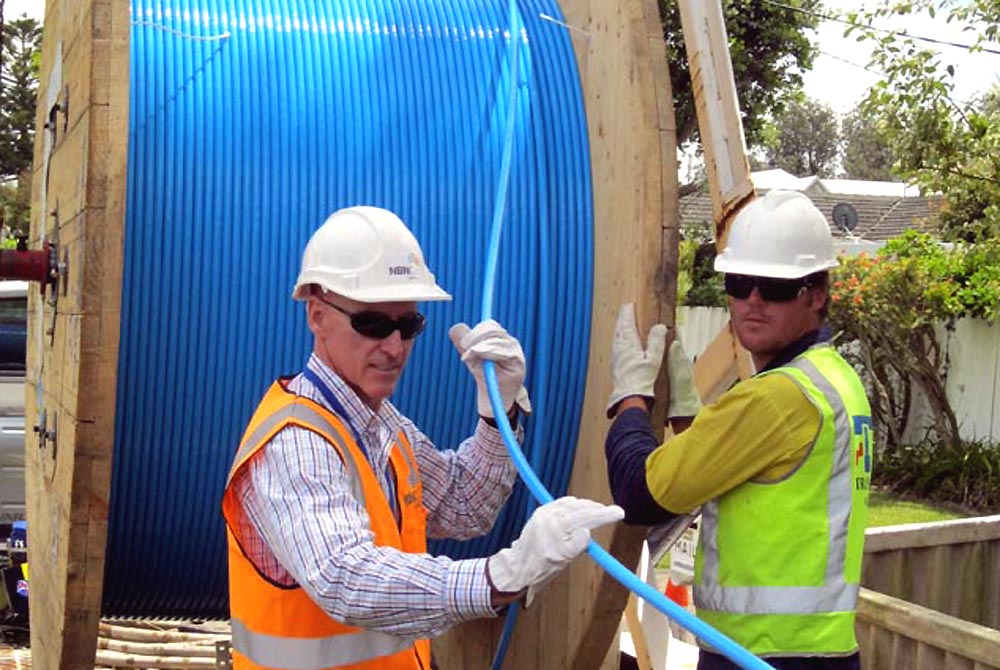 NBN crew working on the rollout

It’s taking a long, long time and it’s full of controversy, but the National Broadband Network rollout is coming to Cabonne shire. According to John Cobb, federal MP for Ca- lare, Molong and its surrounding area is one of 14 new areas in NSW about to get the fixed wireless component of the NBN and residents “should be able to sign up to these services in early 2015.

“The difference this will make for those liv- ing in the bush is huge,” he says. “It will allow people and businesses to have better access to health, education and entertainment and greater participation in the digital age.”

The fixed wireless service is designed for less densely populated communities around major townships. It offers wholesale download speeds of up to 25 megabits per second and wholesale upload speeds of five megabits per second to telephone and internet service providers. Molong area residents can check whether they’re included in the coverage on the NBN website at www.nbnco.com.au/rollout/roll- out_map.